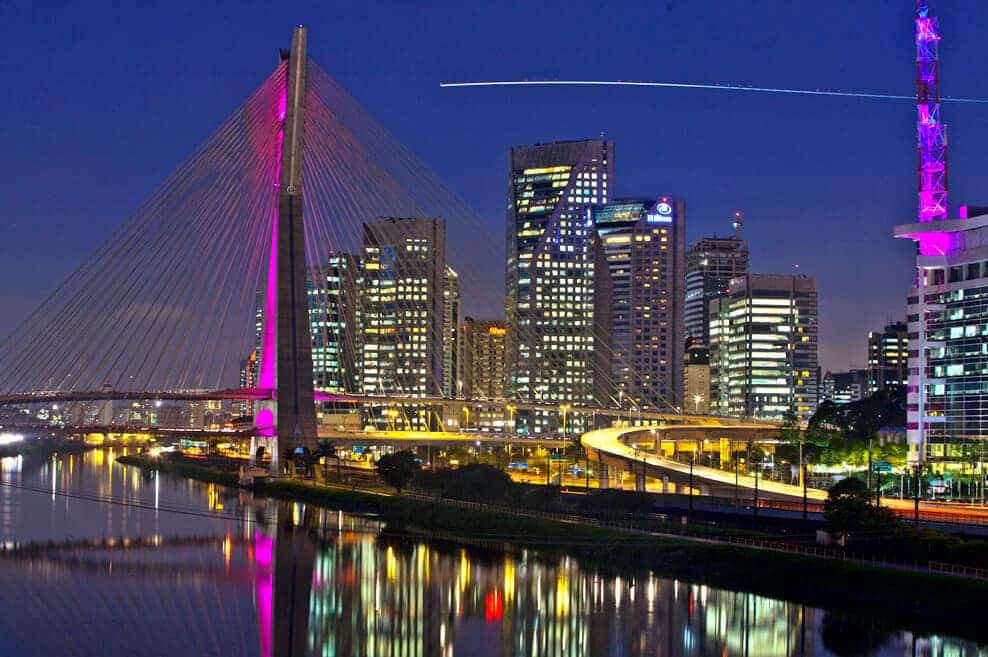 What Does Sao Paulo Offer To Startup Job Seekers

Sao Paulo is the most populous city of Brazil and located in the Southeastern part of the country. In terms of population, it is the 11th biggest city in the world. The city is the capital of the state of Sao Paulo which is also Brazil’s most populous and wealthiest state. It is a major centre of commerce, finance, arts and entertainment and has a strong international influence. The city is named after Saint Paul of Tarsus. The city of Sao Paulo has the largest economy in terms of GDP in Latin America and Southern Hemisphere. Sao Paulo stock exchange is one of the biggest in the region in terms of daily trading volume. Paulista Avenue is the central business district of the city. The city is also home to several tallest buildings of Brazil including Mirante do Vale, Edificio Italia. Banespa and North tower.

The city is known for its cultural, economic and political influence both nationally and internationally. There are many famous museums in the city including Latin American Memorial, the Ibirapuera Park, Museum of Ipiranga, Sao Paulo Museum of Arts and the Museum of the Portuguese language. There are many famous events held in this city like Sao Paolo Art Biennial, the Brazilian Grand Prix, Sao Paulo Fashion Week and ATP Brasil Open. It is also the headquarters of Brazilian Television Networks such as Record, Band and Gazeta. Sao Paulo can be termed as a melting pot for its sizable Italian, Arab and Japanese population. The city has a very cosmopolitan character

What Sao Paulo has to offer a startup ecosystem?

Sao Paulo is the economic capital of Latin America. The city has around 2 million people and is a vibrant cultural and financial hub with more than $2 billion in daily trade of its local stock exchange. Brazil’s fast-growing ecosystem is currently home to around 1,500-2,700 active tech startups. With a Growth Index of 3.5, it was the third fastest-growing ecosystem in the top 20 as per the latest Compass Report.

Notably, 2014 VC investments were higher than in Seattle and just below Tel Aviv. The active VC climate is highlighted by notable Silicon Valley funds like Redpoint Ventures and 500 Startups. However, the majority of venture capital funds have limited long term experience, having only started their first investment cycle after 2009. Sao Paulo boasts the best talent of any South American startup ecosystem. Recent success stories like Dafiti, Netshoes, and EasyTaxi have inspired more talent to reconsider the corporate career path and see entrepreneurship as a viable alternative.

Sectors such as eCommerce and SaaS remain strong in Sao Paulo, while new startups with more innovative business models are beginning to gain traction in the fields of mobile, marketplaces, and services. Finally, the recent economic downturn, combined with the lack of exits, has lowered investor confidence in the ecosystem. Other key challenges include its relatively high costs, bureaucracy, and its burdensome transportation system. As the city gears up to position itself not just as the Latin American startup capital, but a top 10 ecosystem, overcoming these problems will be essential.

Brazil doesn’t encourage long term work permits and it is very difficult for foreign nationals to find avenues to work in Brazil, your future employer has to initiate the visa and work permit.

Sao Paulo is well developed and fully functional locale which boasts of one the best facilities in Brazil. Be it Shopping, entertainment or clubbing, the city has to offer something for everybody’s taste.

Sporting Facilities ? If you are a sports aficionado then you have many major sporting arenas in Sao Paulo

There are a lot of hiking getaways in and around Sao Paulo, should you like outdoors and hiking, some of them are listed below:

1, Trilha do Pocao -The city of Caraguatatuba, 125 kilometres to the east of S?o Paulo, is a coastal city full of trails waiting to be explored. Among them is the Trilha do Po??o, a great choice for those that love adventure but also want to bring their families to join in the fun. The trail is 3.5 kilometres, and while it isn?t a walk in the park, it is still a family-friendly trail. Waterfalls and rivers are among the main attractions of the walk, which has a 2-meter deep pool where visitors can bathe themselves.

2, Trilha da Pedra Grande – Located in the State Park of Cantareira, this is one of the most popular trails among the inhabitants of S?o Paulo. Due to its length of 9.6 km and its inclination, it can be quite tiring, although it isn?t particularly challenging and can be tackled by practically anyone. The trail offers an opportunity to immerse yourself in the beauty of the Atlantic Forest, where you can find a variety of plants and animals.

Jacaru River, Para – This little-explored rafting region offers big water in a relatively remote location. The upper regions are perfectly suited to children and novices, with serene waters that lie within the Class II range. However, as you move further down the Jacaru the rapids begin to liven up and soon you find yourself battling your way through an exhilarating passage that shifts and meanders through Class IV to Class V.

Sao Paulo is well connected by Highways, Rail and Air Traffic. Sao Paulo has an extensive metro rail network, which is connected, to the international airport through line 17 ? a monorail system.