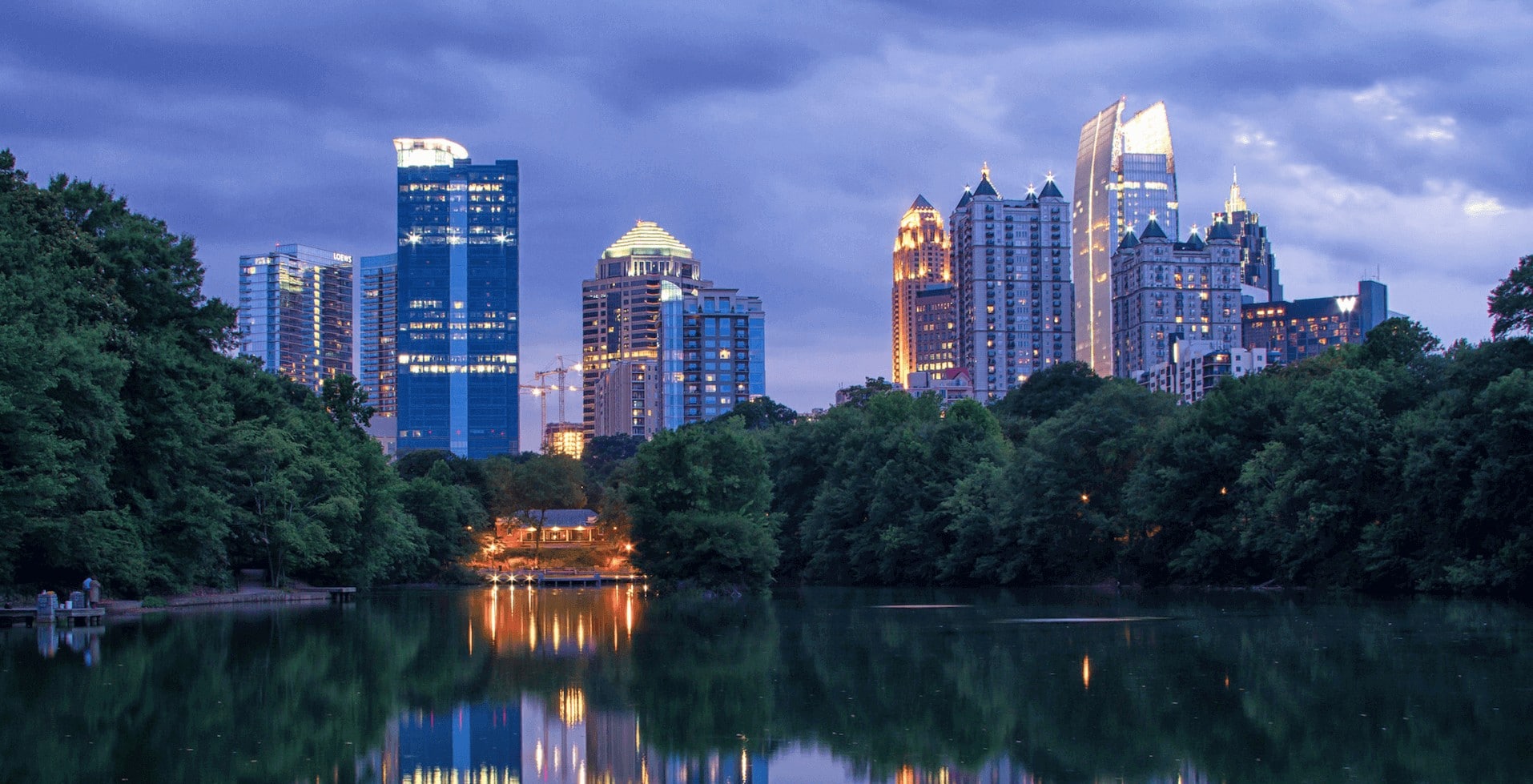 by HexGn
in Top Startup Cities
Reading Time: 7 mins read
41
SHARES
Share on FacebookShare on TwitterShare on LinkedinShare on Whatsapp

With a metropolitan GDP of $325 billion and a population of 5.6 million, the city offers a lot of opportunities to startup companies in Atlanta or those who are moving to Atlanta. With over 3000 plus startup ventures that stands at an average valuation of $4.3 million each, this city has made itself an enviable place among the other cities known for their entrepreneurial value.

Whether you are someone planning to start their business in Atlanta or someone who is yearning to work in one to soak in the experience and rewards of working in a growing start-up, moving to Atlanta can help fulfil all your entrepreneurial dreams and expectations.? Atlanta, as a city is known for its Southern hospitality and is a hotbed for entrepreneurial ventures. Its home to some businesses from various niches, the city has seen an increase in funding for these startup ventures over the recent years.

Atlanta is one of the top cities when it comes to startup ecosystems where the maximum number of professionals are not actually from the city. While a large chunk of this population is students who had initially come to study at one of its many colleges here, a lot of entrepreneurs are moving to Atlanta owing to the popularity of the place as a startup-friendly city.

Why should you consider moving to Atlanta?

Entrepreneurship is one of the crucial areas that the state of Georgia and the city gives importance to. The Centers of Innovation is an initiative that is rolled out exclusively in Georgia which helps different businesses and budding entrepreneurs to move in the right direction with the right amount of training and research. The city has a large number of political leaders who are committed to helping the various startups grow.

The 3000 plus startup firms offer immense opportunities to people seeking startup jobs in Atlanta. Even for early-stage entrepreneurs, the city has over 5000 plus angel investors who are interested in startups from Atlanta, so if you get your bearings right in Atlanta, even though it may be a startup job in Atlanta, for eventually starting your venture, you will find enough takers. Since the city is home to some of the most exciting ventures, many events to guide the entrepreneurs are regularly organised in the city. From weekly meet and greets to hackathons, there is something for everyone. ?The success stories of MailChimp, Kabbage, and Scoutmob – some of the startups that grew exponentially to global brands started in Atlanta.

There are a lot of factors apart from money helps build a steady firm. Your team is one of them. Atlanta has over 70 colleges and universities which churns out some of the best professionals in this world. The city is your ideal place for getting all the talent you need in your team. The fantastic pool of talent is one of the reasons for the budding startup activity in the area. To top it up, the presence of many major corporations provides unparalleled opportunities to network with them.

Moving to Atlanta means a chance to explore the ample resources the city has to offer for startups. These include shared office spaces in prominent areas of the city so that you do not spend a bomb on your office space. Not just that, there are a number of classes and courses available in the town that you can take up for polishing your entrepreneurship skills.

Atlanta has Great Location and Connectivity

Atlanta has one of the world?s busiest airports and for reasons right enough. The airport and the central business centres are all located at a convenient distance making it easier for people to fly down for business meetings without having to go offices that are located far away. Atlanta has been the world’s busiest airport by passenger traffic since 1998; and by the number of landings and take-offs from 2005 to 2013, losing that title to Chicago?O’Hare in 2014, but regaining it a year later. In 2017, over 100 million passengers moved through 209 plus domestic and international gates.

Atlanta is Great For Entrepreneurs

Another important reason why moving to Atlanta to set up an entrepreneurial venture or work in one is ideal is also because most of the resources available are quite feasible. Rent for commercial as well residential properties are quite affordable making it a perfect city for those with limited funds and big entrepreneurial goals. As an employer, getting the best talent without having to spend a lot is a plus. According to Glassdoor.com, the average salary for most professions in Atlanta is lower when compared with other cities like San Francisco or New York.

Atlanta is Getting Noticed for Entrepreneurial Success

While startups that started in Atlanta are gaining popularity and are becoming more visible as they grow, the state too is getting noticed nationally. Owing to the concentration of startups in Atlanta, Georgia contributed to 25% of the revenue in the information security sub-sector.? Atlanta was also ranked third when it came to video game planning activities in the gaming niche. Moving to Atlanta and setting up your entrepreneurial dreams can help you get noticed as well in a big way.

Some of the thriving sectors in the city include Lifesciences and cybersecurity, education, finance, and advanced manufacturing and robotics among the others. These upcoming sectors offer immense opportunities for people looking for startup jobs in Atlanta.

These Tech Sectors are Soaring In Atlanta

Tech is one of the strongest niches from which startups have soared in this city. Kabbage,? GreenSky, and Rubicon Global are some of the brightly shining unicorn startups in Atlanta.? Here are some of the highlights of the tech sub-sectors.

The startups in the Fintech subsector saw a handsome growth in the? VC investments in the year 2017. BitPay (trailblazing bitcoin payment service provider) raised $62.5 million of total funding, and GreenSky made itself an enviable place by becoming the second most valued Fintech firm in America.? The subsector?s ecosystem in Atlanta boasts of three Fortune 1000 corporations and employs over 30,000 professionals. Though New York and London are the top ranker for Fintech jobs, dismissing Atlanta would be naive, the Fintech startups in Atlanta are picking up the pace, and one sees numerous Startup jobs in Fintech startups in Atlanta.

One of the main factors that have driven the growth of AI, Big Data, and Analytics firms in Atlanta is the fact the city is home to some of the finest educational institutions whose computer engineering programs are some of the top ones globally. Some of the most significant acquisitions in this sector include Rainmaker which was acquired by RealPage for $300 million and the NICE system acquisition of Nexidia for $135 million. These upcoming AI and Big Data startups in Atlanta offer great startup jobs for global talent.

This subsector has seen a notable and steady growth since 2012? and became one of the top 15 ecosystems. The Venture capital investment in the AdTech sector has seen an uptrend from 2012 to 2017, with approximately $57 million invested in 2017. 5% of the total investments the city got was solely for the firms in this subsector. With over 100 million passengers every year at the Atlanta airport, the opportunity to get your product in front of them, through AdTech is phenomenal.

Atlanta has a Thriving Startup Ecosystem

Some key players are continually helping startups to grow impressively. One of the most prominent entrepreneurship incubators, the Advanced Technology Development Center, is in Atlanta.? The presence of such elements helps the startup ecosystems thrive in the right guidance.? The Metro Atlanta Chamber, a member of the Startup Genome, also play a crucial role as a catalyst to help Atlanta get the best of innovative and startup culture.

Some of the ecosystem partners in Atlanta? helping the entrepreneurial culture grow include:

While moving to a new city have both pros and cons, moving to Atlanta has a number of pros that can easily overshadow the cons.? The city provides a fertile environment for businesses to grow. This conduciveness can be attributed to the friendly state support, the educational institutions in the city, and the leadership of other startups that have made a big name. The city may lack in tier one investors, but the businesses here have more than enough funding to successfully grow. MailChimp, one of the success stories from Atlanta, is a perfect example as it was a bootstrapped company which later went on to become one of the top companies globally with an income of over 500 million dollars.

Share16Tweet10Share3Send
No Result
View All Result