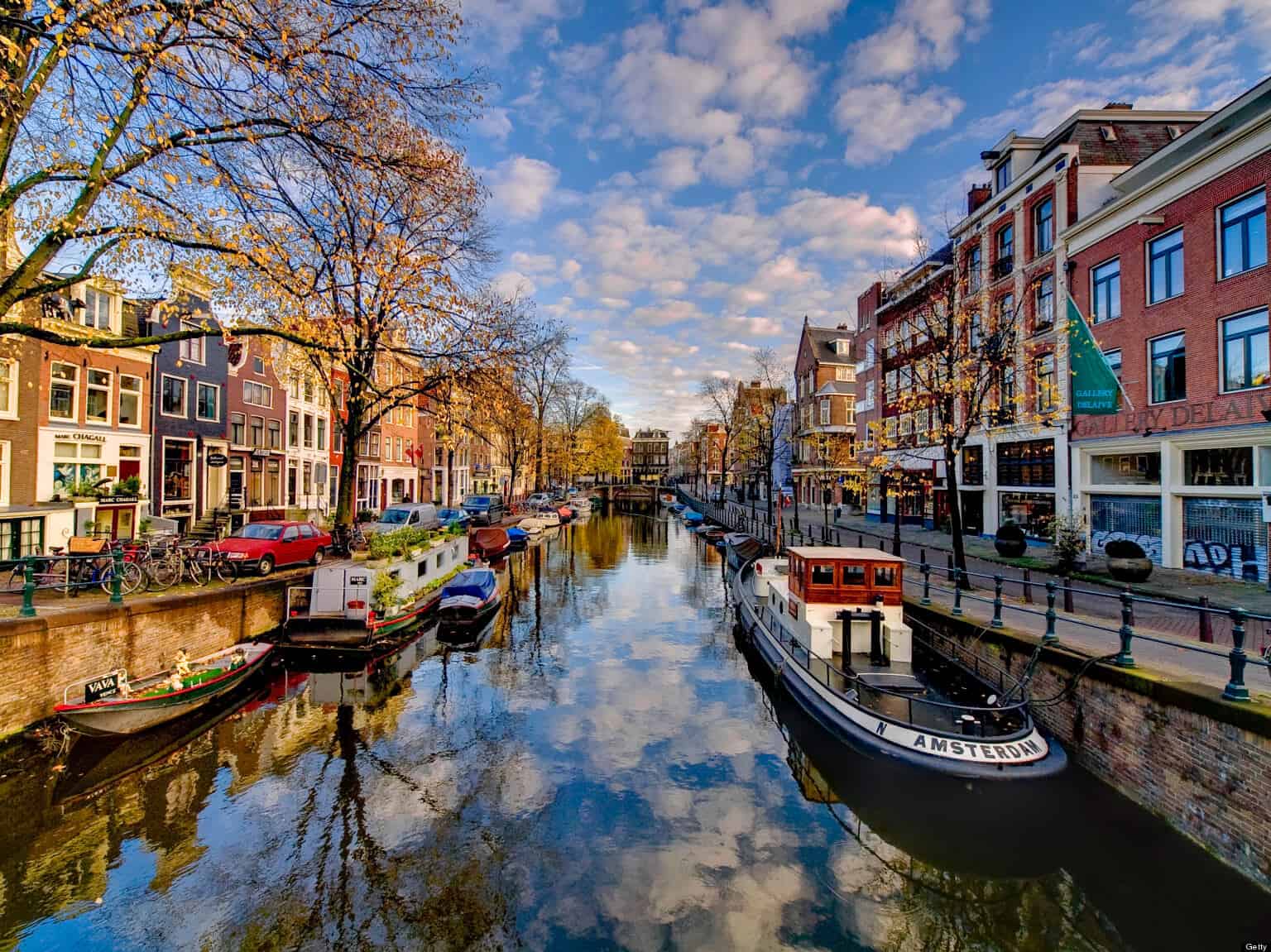 by HexGn
in Top Startup Cities
Reading Time: 6 mins read
33
SHARES
Share on FacebookShare on TwitterShare on LinkedinShare on Whatsapp

Entrepreneurs and startup job seekers are moving to Amsterdam to make the best of the fertile business environment it has to offer. If you are one of them, here is a guide for everything you need to know about the fast evolving startup ecosystem in Europe to make the most of it.

Europe is one of the fast-growing regions in the startup world with an increasing number of European cities joining the global startup ecosystem. It is steadily overcoming the effects of the worldwide recession and evolving as an important region for startups. Amsterdam, the capital of the Netherlands, is one of the stepping stones for Europe?s success and growth as a prominent player in the global startup ecosystem.

According to the Global Competitiveness Report 2017-18, Netherlands was ranked fourth in Europe for its advanced tech readiness levels and at the sixth position globally. Moving to Amsterdam for startups can be a game changer in many ways. The latest collective effort in the region to help startups grow in the Netherlands region is the Amsterdam-Startup Delta program. It is a collaboration between the important innovation hubs, the startup community, and various economic, social and cultural government agencies to provide a conducive base for startups.

The city has a flourishing tourism sector which shares a significant chunk in the city’s GDP of $321 billion. More than 7 million people are residing here, and a vast share of this population consists of entrepreneurs and tech professionals. Programs like StartupDelta have helped entrepreneurs and investors re-evaluate the startup scene in Amsterdam and make it a fast-growing startup ecosystem with lots of potentials.

Why are Startups and Entrepreneurs Moving to Amsterdam?

The Amsterdam-Startup Delta belt has created massive changes to the city’s startup ecosystem. This collaborative effort is defined by more than ten tech clusters that are upping the tech game in Amsterdam. The collective is dedicated to making the region a global leader in startup ecosystems and has the best of resources to do so. The region is already receiving laurels for being home to startups with immense success like Takeaway, a food delivery company that went public in 2016 with a valuation of $1.1 billion and Priceline-acquired Booking.com that has become a global travel brand.

Amsterdam Knows What to Do with Its Intellectual Strength

If there has to be only one argument for investors and entrepreneurs to move to Amsterdam, it has to be the intellectual property in the region. The Netherlands is gaining worldwide popularity for its many collectives that are aimed for nurturing the intellectual property. Colleges and universities are joining hands with large organizations like Phillips and TNO to ensure that the innovative ideas produced through their institutions do not go dormant. Brilliant ideas are given the required platforms for them to get noticed by the right agencies that can help them grow into successful ventures. Students moving to Amsterdam with entrepreneurial dreams definitely have a good chance of getting their innovations noticed.

Amsterdam, unlike several other European cities, has hardly any language barrier. The city is largely bi-lingual, and that is why expats here have no issues living and working in Amsterdam even if they don?t speak Dutch. ?This easy-to-blend in feature of the city has attracted several students and professionals; startups in Amsterdam have access to a rich pool of international talent owing to this characteristic. The bi-lingual aspect also helps entrepreneurs and startups from non-European countries move to Amsterdam to sell their products and services without the hassle of learning the regional language to understand their consumer base.

Amsterdam and Netherlands as a whole are welcoming to both domestic and international entrepreneurs. The bureaucratic structure and its systems are simple and straightforward to ensure that entrepreneurs do not have to face any hassles to set up their businesses. The city offers versatile business structures to cater to startups in various stages.

The government has an Ambitious Entrepreneurship Action Plan that helps startups moving to Amsterdam get better access to all the resources conveniently. It aims to help businesses connect to the right capital, knowledge, and consumer market. The government of Netherland is facilitating migration to Amsterdam for international entrepreneurs by providing startup schemes and policies that help the candidates in all areas right from the visa application to the setting up of the business. The capital city is especially ideal for international professionals as they are eligible for a 30% tax cut.

Move to Amsterdam for a Great Work-Life Balance

Entrepreneurs looking for a city that offers a great work-life balance need not think twice before shifting base to Amsterdam. Netherlands was ranked number one for work-life balance in the world, according to the 2018 OECD Better Life Index.? The city?s cycling culture paired with an array of natural and architectural assets make for a high quality of personal life. The cost of living in Amsterdam is also lower than its American counterparts like Silicon Valley or Los Angeles.

What’s best about moving to Amsterdam is that you get to be a part of a city that is a perfect blend of modern world-class city life and the simplicity of country life.

Amsterdam has the Right Infrastructure and Resources for Startups

The digital infrastructure in Amsterdam is world class. Home to one of the largest data transport hubs, the Amsterdam Internet Exchange, the city has the highest concentration for broadband in the world.

The presence of numerous accelerators and incubator programs also has attracted several entrepreneurs here. Apart from these, the city?s real estate is also booming due to the entry of more than 50 co-working office space brands like WeWork, BounceSpace Amsterdam, and Hackers & Founders which are an important resource for startups.

The city?s transport infrastructure is another important advantage. The city is well connected via air, road, and the sea and is located at a convenient location to be the gateway to Amsterdam.

While new entrepreneurs are moving to Amsterdam, a lot of startups within EU as well as outside it are expanding their base to the capital city because it offers everything from the right infrastructure to a talented pool of human resource capital to low costs of living.? The Amsterdam- Startup Delta collaboration has especially helped drive the sales of the many tech startups in the region. The main sub-sectors of the ecosystem that are doing exceptionally well are Agtech & Food, Health & Life Sciences, and Fintech.

The Dutch Financial industry has been soaring in recent years and offers an opportunity of at least $112 billion to the startup sector. Even the market cap of seven of the largest Fortune 2000 financial corporations is only a seventh of this amount. Payments, digital identity, and security are some of the key areas of the niche that are excelling. A notable startup in this sub-sector is Adyen, a multichannel payment services company, which became the first unicorn company in fintech in the Netherlands. Startups in Amsterdam’s fintech sector took in 8% of the total venture capital funding in the ecosystem between the years 2012 and 2017.

Entrepreneurs whose business ideas are based in the agtech and new food sub-sector may find moving to Amsterdam rewarding. Wageningen University & Research Center and Startlife are important partners that are catalyzing the growth of this niche. The university is a world leader in agricultural research, and the latter is an adtech incubator and accelerator organization. Notable stories of the agtech and new food sector are of Picnic, a food delivery startup, that raised $120 million in Series B funding and Protix, an insect farming startup, which raised $50 million in Series B as well.

Acerta Pharma and DezimaPharma – two healthcare brands have brought the limelight to the regional healthcare sector with their exit deals. Amgen acquired DezimaPharma for $1.7 billion, and AstraZeneca acquired Acerta Pharma for $4.9 billion. The healthcare companies in Amsterdam have been responsible for bringing in 10% of the total regional venture capital funding since 2012 and has several ecosystem partners to fuel its growth. There are more than 2500 health and life sciences companies in the Amsterdam-Delta Startup region that are propelling forward with the help of the 12 research universities, 85 hospitals and many other research organizations in the region.

With the help of Startup Genome members like Startup Delta and the Ministry of Economic Affairs and Climate Policy along with other ecosystem partners like Holland Fintech, StartLife, and Health Holland, Amsterdam is poised to become the top startup hub in Europe. Moving to Amsterdam offers an array of advantages for entrepreneurs on the professional front and on the personal front with the biggest one of them being the exceptional work-life balance.

Share13Tweet8Share2Send
No Result
View All Result