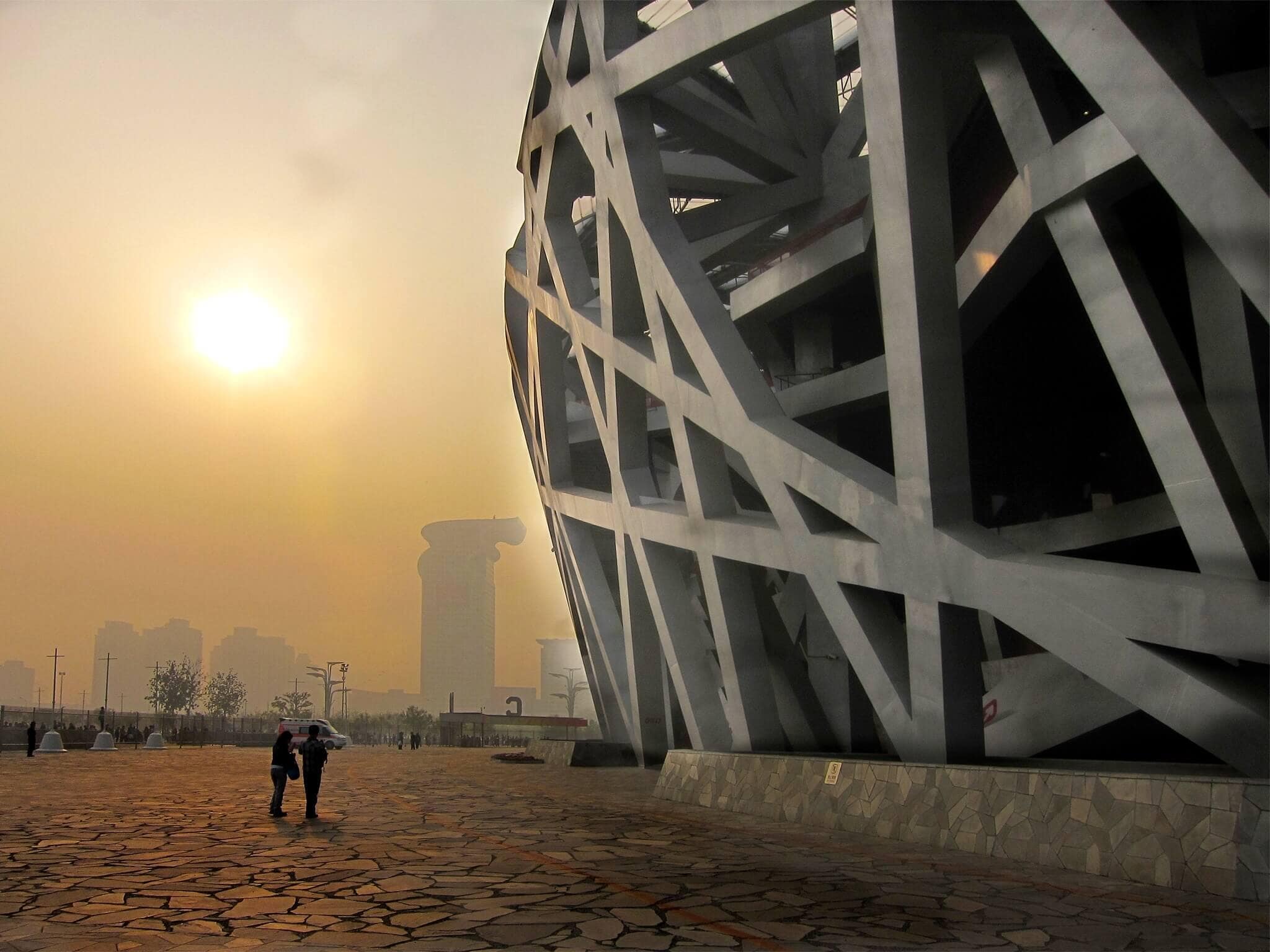 Moving to Beijing – A Guide for Startups and Entrepreneurs

by HexGn
in Top Startup Cities
Reading Time: 6 mins read
61
SHARES
Share on FacebookShare on TwitterShare on LinkedinShare on Whatsapp

Beijing opens up a vast horizon of opportunities for business ventures and is a gateway to the Chinese markets. The launch of Special Economic Zones (SEZ) close to 40 years back was the first stepping stone in China to creating a high impact business climate. Moving to Beijing is not just ideal for startups but for anybody who has the right skills to survive in the city. The capital city of China is increasingly becoming a preferred choice of expats for leading a comfortable life.

A city known for its rich culture and history, Beijing has a population of 21.7 million. Those moving to the city can be assured of being a part of a community full of people who are down-to-earth and cooperative. The primary industries of Beijing include chemical, automobile, tourism, technology, and metallurgy which contribute to the city?s GDP of $437.6 billion and are also key players in causing foreign talent to move to Beijing in good numbers.

Since 2012, China has given rise to a majority of the unicorn companies in Asia with 151 startups so far. Beijing houses close to 50% of these unicorns and is the largest startup ecosystem in the country. So if you want to be a unicorn, move to Beijing and increase your odds.

The growth of Beijing as the Startup Magnet in China

Beijing has close to 1,500 startups and lies in the heart of the Chinese market which is 30% larger than those of Europe and US combined. The banning of popular search engines and websites has helped startups in the country to increase their visibility among its consumer base and eradicate any competition with brands that consumers may come across on these banned sites. The increasing number of unicorn companies in the city is a testament to its strong startup culture and how it possesses all the frameworks to help startups grow.

Move to China for its Diverse and Resourceful Startup Support

Several startups that moved to the Chinese capital in their infancy are now booming and have established themselves as prominent players in their respective industries. Incubators and accelerator programs are easy to find and include both private and government programs. The Zhongguancun Science Park in Beijing, dubbed as the Silicon Valley of China, is home to some of the most important incubators like Huailongsen International Enterprise Incubator, Innovation Works, Beijing Zhongguancun Shijingshan Science Park, Huailongsen International Enterprise Incubator, and Bo Ao Liang Chuang. These incubators help more than 3,000 startups annually including both local ventures and new ones moving into Beijing each year.

The city?s growth as a startup hub has a lot to do with the activities of its ecosystem partners like:

International startups moving to Beijing do not have to worry about any lingual barriers as the city is becoming increasing multi-lingual with more and more of its population learning English and the increased concentration of expats. Not just that, the startup community is further strengthened by the hundreds of startup events in the city that are great places for startups, entrepreneurs and investors to find the connection that can help them grow. These events are also an excellent place for startup job seekers looking to connect with prospective employers.

Beijing Government is Encouraging Expat Movement in the City

The municipal government of Beijing has rolled out a series of measures in recent years in order to increase the surge of international talent and entrepreneurial activities in the city. A sum of $1.5 billion was promised by the government to be invested for developing the region further to make it more conducive for startups to grow especially for the new ones moving to Beijing. Another one of the incentives offer eligible startups funding of up to $ 158,000; this is to attract the best of international tech talent to the city to develop products and services in areas of artificial intelligence and life sciences. These are the two segments where Chinese find fierce competition from its international counterparts. If your business ideas are based in these areas, the move to Beijing to set up your startup can be beneficial.

Special visa services to fast track multiple entry visas for eligible entrepreneurs have also been introduced. These visas are valid for up to ten years and allow individuals to buy assets like property and cars and also offer access to school in their locality.

Startups in Beijing have No Shortage of Co-Working Offices

Real estate cost for decent offices and amenities are at par with cities like San Francisco and Amsterdam. Startups moving to Beijing have found a solution to tackle this hurdle with the city’s co-working office spaces. Each of these office spaces is community oriented and designed to increase the productivity of its users.? The shared workspaces have helped in providing the new gen entrepreneur with a flexible and fully set up office spaces. A number of co-working office space brands have their offices in more than one locations to help startup communities in different locations within the city grow. These multiple location brands include the Naked Hub, DayDayUp, UrWork, and the global co-working office brand WeWork. UrWork offers its services in the most number of areas in Beijing with shared offices in more than 15 locations.

The Soaring Tech Sector in China

China has become synonymous with technological advancement and has given the world some of the best tech-based inventions since ages. Technology-based startups in Beijing play an essential role in helping the overall tech ecosystem in the region and excels in the blockchain, edtech, and AI, Big Data, & Analytics. This is one of the reason that entrepreneurs from world over are planning a move to Beijing.

The growth of the AI, Big Data, & Analytics sub-sector is an important area of the government?s plan to develop the tech sector in the city. A development plan for the same was created in 2017 to help the country become a global leader in the areas of AI, Big Data, & Analytics. A $2.1 billion AI development park has been proposed as a part of this plan that is intended to host close to 400 AI ventures. A notable success story that comes from this sub-sector is of ByteDance, which is now valued at more than $20 billion and created Toutiao, a news aggregator app. The AI, Big Data, & Analytics startups in Beijing shared a 7.3% chunk of the total venture capital funding in the city for 2017.

The edtech sector in Beijing is rapidly evolving owing to the increase in online educational activities. Close to 90 million people educated themselves online using various online educational platforms and tools in 2016. This indicates the scale of use of edtech in China. The online education market is estimated to be valued at $64 billion by 2021 with more than 230 million new users in the online education market. VIPKID is a notable startup in this sub-sector that got $200 million in 2017 from Series D round of funding. The company is an online platform for learning English targeted at children in the age group of 4 to 12. The Chinese edtech sub-sector have highly benefitted from the contribution of Chinese online giants like Tencent, Alibaba Group Holding, and Baidu who have all invested heavily in the edtech startups in Beijing and other Chinese cities. So if you are an Edtech entrepreneur get set to move to Beijing.

The Chinese blockchain sub-sector has the edge over the rest of the world and has displayed its prowess in the area by claiming a majority of the patents in this sector in 2017. While bans around ICOs were introduced in 2017, the government is continually supporting the development of blockchain technology in many ways. Earlier this year plans to set up a national body for creating a levelled playing ground for blockchain enterprises was announced by the Chinese Ministry of Industry and Information Technology. This national committee will be tasked with creating standardization measures for blockchain and distributed ledger technologies.

Moving to Beijing has helped several tech startups find an excellent digital framework that is reliable and affordable to launch their products and services. While the technology-based sector is prominent, Beijing also offers lucrative opportunities for startups in the travel & tourism and hospitality sectors.

Share24Tweet15Share4Send
No Result
View All Result