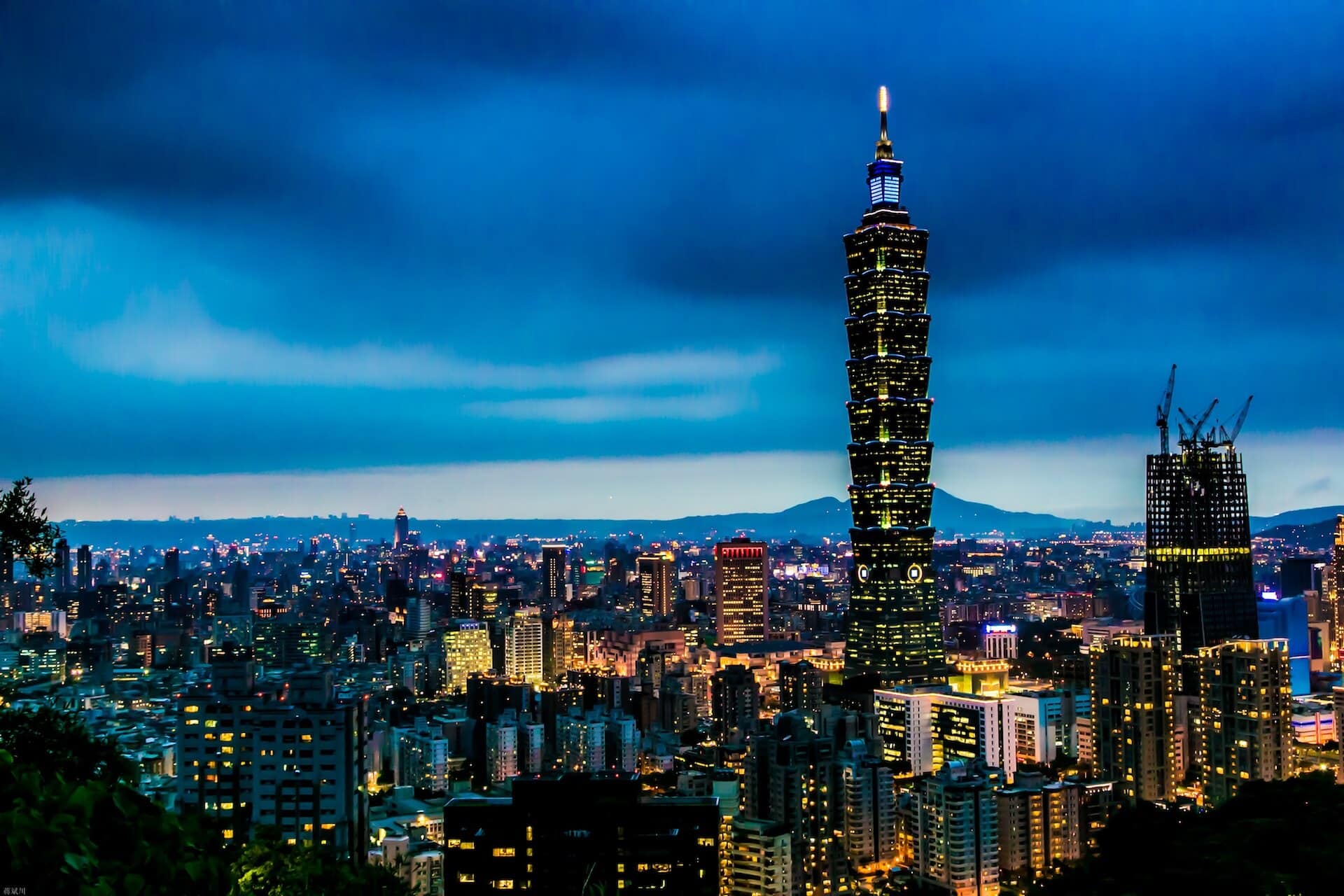 Moving to Taipei – A Guide for Startups and Entrepreneurs

One of the newest debuting cities in the Global Startup Ecosystem Report 2018, Taipei is a startup hub still in its infancy. Startups and entrepreneurs are now considering moving to Taipei more than before since its recognition as an important startup ecosystem in the Asia-Pacific region in the report mentioned above. The city has often been overshadowed by the other Chinese ecosystems in the country but now has climbed its way back, thanks to the several startup-friendly government policies that have been introduced. Here is an informative guide about why moving to Taipei can be ideal for startups.

Taipei is the capital city of Taiwan and has an exceptional exporting industry. The city mainly exports electronics, flat panels, metals, plastic, petrochemicals, and textiles among the others. This export industry contributes a large part of the $327 billion GDP.? Other than that, technology manufacturing is an important industry in the city.? Taipei is an ideal business destination for tech-based startups, especially in the manufacturing segment.

There are over 7 million people in the city with a good share of the population consisting of international entrepreneurs and startup job seekers. The city sees a lot of immigrant talent moving to Taipei to leverage the brilliant business climate and get the best out of it.

Taipei may be a startup hub still waddling in its diapers but has a lot of untapped potentials that entrepreneurs and startups moving to the city can benefit from. There are more than 600 startups in the city and an ecosystem valued at $580 million. According to the Global Startup Ecosystem Report by the Startup Genome, the growth index of the startup hub is at 5.7, and early-stage funding on an average is $256,000 per startup.


Half the hurdle of setting up a new business or setting it up in a new place is solved when there is a supportive government in the picture. The local and the state governments are encouraging entrepreneurs and startups to move to Taipei by introducing and amending policies to make the city?s legal and bureaucratic framework more welcoming especially for international talent.

The National Development Council launched HeadStart Taiwan a few years back. The program has helped in creating new regulations and amending the old ones to bring them up to standards with the ones in other international startup ecosystems. This has helped several startups moving to Taipei to set up their business ventures with a lot of ease. The program aims to make startups hubs in Taiwan like Taipei more attractive for entrepreneurs and investors.

The government of Taiwan has also eased movement into the country by offering smooth and fast visa processes. The Entrepreneur Visa offers a residency for up to 12 months with no limit on the number of re-entries. The eligibility criteria are not very rigid, and three team members can apply for the visa through a single application to move to Taipei. The Entrepreneur visa can also be extended for two years at a time if need be and it the eligibility still applies.

On the funding front, there are several funds set up by the Taiwanese government that are aimed at helping startups moving to Taipei. These funds offer ample initial support for setting up of startups in Taipei. Grant programs like the Assist Service Sector Technology Development (run by the Department of Commerce), HR ( run by the Council of Labor Affairs), Small Business Innovation Research grant, and the Taiwan TrainQuali System (run by the Council of Labor Affairs) are some of the prominent ones that have helped several SMEs thrive in Taiwan and especially Taipei. The government also has many tax incentives for investors moving to Taipei depending on the sectors they are investing in.

These initiatives are a part of the Taiwanese governments to develop startups hubs like Taipei and for moving towards getting its first unicorn by 2020.

The Best of Accelerator and Incubator Organizations in Taipei for Startups


Incubators and business accelerators can help in fast-tracking an entrepreneur’s or startups journey from the stage of just having a business idea to launching it. One of the best incubators in the city is the Taiwan Tech Area which has funding of $50 million and was launched in 2018. The incubator aims to help 100 startups each year find the right footing for their business ideas to launch successfully. The incubator recently partnered with four global incubators to help foreign expansions of the local startups and for foreign startups to move to Taipei by expanding here.

The city may be lacking in the required number of accelerators in comparison with other ecosystems, but that is slowly changing as the hub is becoming more international. Some of the prominent accelerators in the city currently include the recently launched Microsoft Startup Accelerator, Tronxin Accelerator, and the Taiwan Accelerator.

Have a business idea but not sure how it will fare? Want to consult with professionals and accelerate your entrepreneurial journey? YoStartups, a premium accelerator brand can help you with that and more. The brand has helped startups across the countries to find the right guidance to launch their business ventures and has a virtual accelerator program too. This program can be completed from anywhere and involves high impact online modules combined with one-to-one chats with industry experts. Schedule a free consultation with YoStartups? team to understand what program will benefit you the most and for more information regarding the same.

Taipei has also gained international recognition owing to how affordable running a company can be in this city. Costs for hiring skilled workers in areas like HR, tech, and business administration is up to 70% lower in Taipei as compared to startup ecosystems like Singapore or New York. The city’s workforce is a good mix of local and international talent giving you an ample choice. The pool of talent and the population of Taipei, in general, is tech-savvy. According to the Global Startup Ecosystem Report, 2018 by Startup Genome, close to 90% of its people are connected to the internet with around 70% its population owning a smartphone.

Despite being a newly acclaimed international startup hub, the Taipei has abundant availability of venture capital funds and has an angel investors’ network comprising of about 6000 investors. Startups and entrepreneurs moving to Taipei have access to several wealthy sources of funding in both the private and public sectors.

As we mentioned earlier, Taipei startup ecosystem is the best suited for tech entrepreneurs and tech talent. The city has attracted tech giants from across the world to move to Taipei for expanding in the Asia -Pacific region. An example of that is Foxconn which is the largest electronics contracting manufacturing company in the world. Let us look at some of the sub-sector strengths of the tech segment.

One of the notable startups in the sub-sector is Appier, a private intelligence company which has raised $80 million so far and is an international player.

A Leading Advanced Manufacturing and Robotics Hub for Startups in Taipei

This sub-sectors is growing by leveraging the robust R&D potentials and IP protection features of the ecosystem. A highlighted story in this segment is that of Thnignario, an AI startup which is helping cater to the increasing demand for advanced computing and integrated circuits. The startup platform helps in companies gain insights in areas like energy consumption and maintenance measures by leveraging deep learning and machine intelligence. The startup already has a strong customer base among the local companies in Taipei.

A Promising Biotech Sub-Sector for Startups in Taipei

This sub-sector comes second after AI, Big Data & Analytics with the second largest segment with maximum venture capital investments. 18% of the total local venture capital investments in the years between 2012 and 2017 is attributed to the biotech startups in? Taipei.? Startups like Taiwan Liposome Company which IPO?d earlier this year at NASDAQ are the flagbearers of the sub-sector. Other notable stories of biotech startups in Taipei include JHL Biotech and TaiMed Biologics. The latter is a spin-off from the National Research Institute that has come up with some groundbreaking HIV treatments that are awaiting FDA approvals. The company has raised $20 million so far. JHL Biotech, a biopharmaceutical company, has attracted investors like Sequoia Capital and Kleiner Perkins Caufield & Byers. The startup has raised $80 million so far.

Moving to Taipei can be rewarding for startups in the tech sector especially in the notable segments we discussed above. The city has a strong internet penetration, cheap labor, and a myriad of government policies – all the necessary ingredients for a thriving startup ecosystem.

Share148Tweet93Share26Send
No Result
View All Result