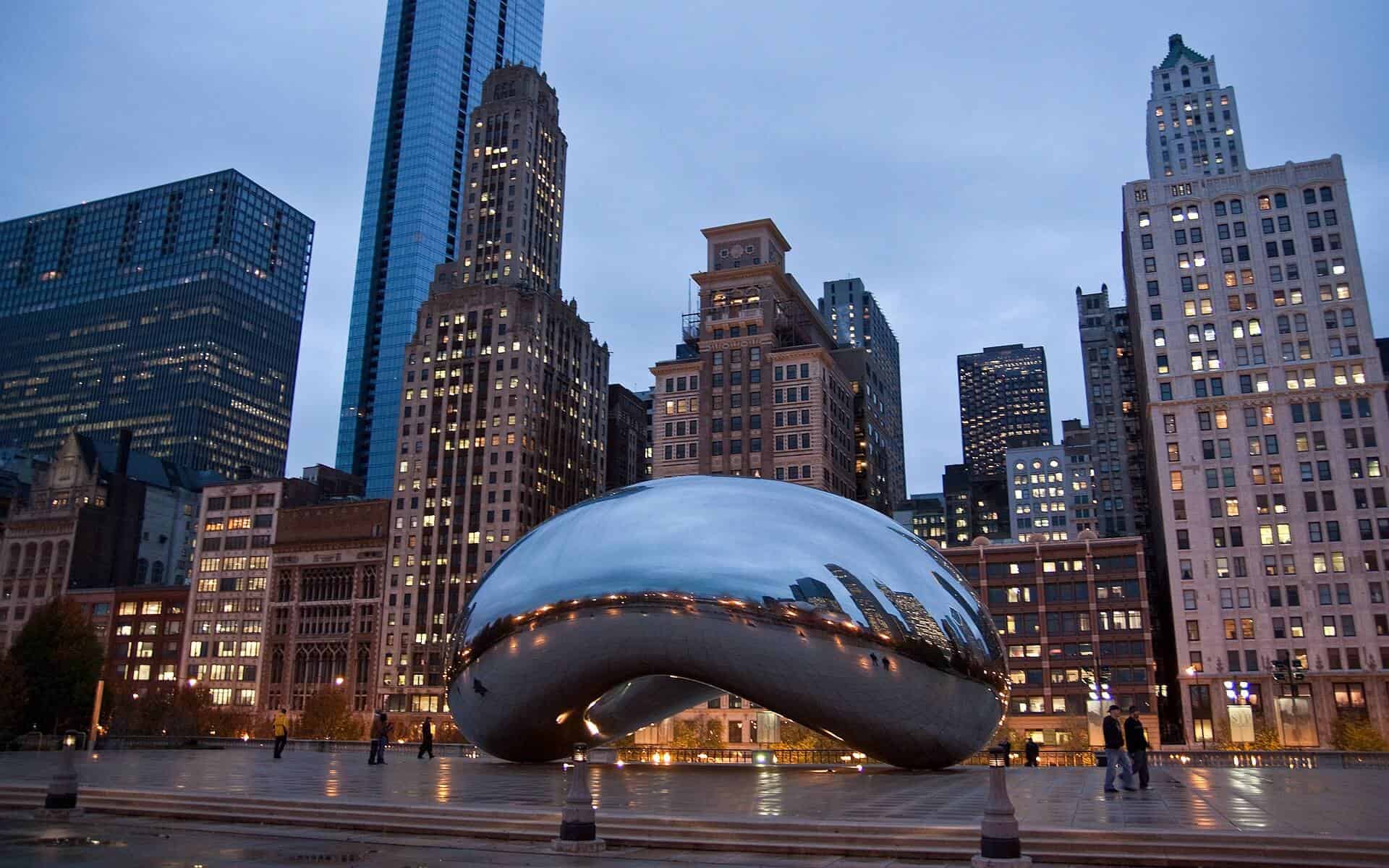 What Does Chicago Offer To Startup Job Seekers

Chicago was established as a city in 1837 and is currently the third most populous city in the United States. It has a population of 2.7 million residents, which is the largest in the state of Illinois and Midwest. The city was established near a portage between the Great Lakes and Mississippi River watershed and grew rapidly in the nineteenth century. Over a period, the city has become an international hub of commerce, industry, finance, technology, transportation and telecommunications. The city’s O’Hare airport is one of the busiest airports in the world. The city also has the largest number of Highways and railroad freight. As per 2014 statistics, the city has the third largest gross metropolitan product of $ 610.5 Billion.

Chicago is one of the major tourist attractions in the United States and in 2014; it attracted 50.2 million visitors and tourists. Chicago is a major centre for cultural activity including Visual Arts, Novels, films, theatre and music especially the Jazz, Blues, Soul, Gospel and House music. The city has been nicknamed as Windy City too.

What Chicago has to offer as a Startup Eco-System

As the biggest city in America’s Midwest, Chicago is home to around 3000 active technology startup and this number is growing very rapidly. Some of the reasons for Chicago emerging on the Startup scene are Mayor Rahm Emanuel, local investors and 1871. Incidentally, 1871 is an incubator, which has around 240 start-ups in its fold. All of them have worked hard in close cooperation to improve Chicago’s startup ecosystem. Some of the major success stories of Chicago are Groupon and GrubHub besides giving birth to over 10 unicorns (Startups having a valuation of $ 1 Billion). Due to a high density of such startups in Chicago, there is no dearth of circulation of wealth and engineering talent here. For Chicago’s Startups, the presence of established corporate community acts as a big local market for their products and services.

One of the weak spots for Chicago’s startup ecosystem is the lack of funding opportunities though this is changing for good in recent time. Another salient feature of Chicago’s ecosystem is the unwillingness of entrepreneurs to part with their equity for employees which is 81% less than the North American average.

For USA Citizens, Green Card Holders and Canadian Residents there are no work restrictions, for workers from other parts of the world, you would need to apply either an H1B visa or your company can sponsor you on an L1 visa to work in Chicago. Immigrants start more than 50 % startups and 70 % engineers are immigrants in Chicago.

Chicago is well-developed and fully functional locale, which boasts of one the best facilities in the United States. Be it Shopping, entertainment or clubbing, the city has to offer something for everybody’s taste.

Sporting Facilities ? If you are a sports aficionado then you have many major sporting arenas in Chicago

1, Starved Rock state Park ? It is a 2600 acre state park known for its hiking trails, beautiful Canyon scapes, Historical sites and sufficient camping grounds. In summer time you can do camping, boating and fishing whereas in winters Ice skating, cross country skiing and bald eagle spotting are favourite sports here. You have 13 miles of hiking trail and many waterfalls.

2, Oval Beach in Saugatuck, Michigan ? Just 160 miles north of Chicago you have this beautiful town of Saugatuck with Oval beach which offers visitors a peaceful and meditative time.

The Vermillion is one of the rare rivers that runs south to north. Starting at the border of Ford and Livingston counties northeast of Bloomington, the Vermillion becomes navigable around Potomac and picks up steam after the dam in Streator, Ill. It eventually goes through the Matthiessen State Park before emptying into the Illinois River. Rafting here is open from May until July after which the water level in the river gets too low making it unsuitable for river rafting.

Chicago is well connected by roads and air with the other main towns of United States. For public transport, you have Chicago L, which is mass rapid transport system, which serves Chicago and its seven suburbs.