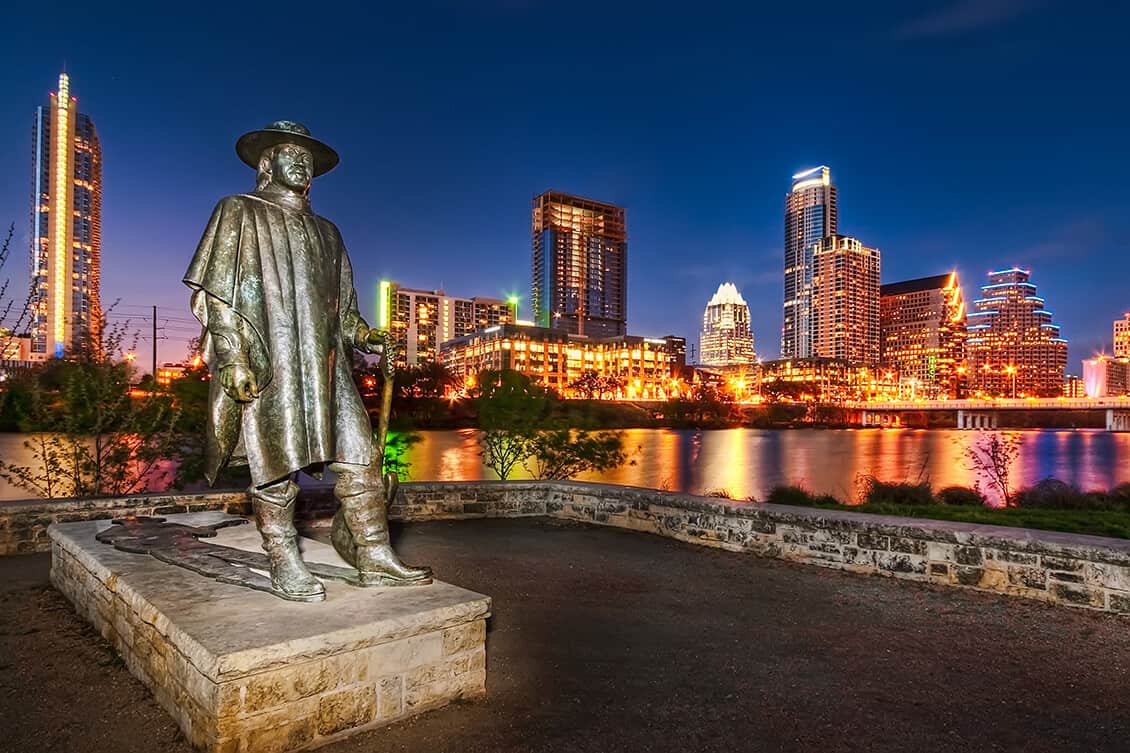 What Does Austin Offer To Startup Job Seekers

Austin is the capital of the state of Texas in the United States. It is a fourth most populous city in the state of Texas and 11th most populous city in the United States. It is the second largest capital of any state after Phoenix, Arizona. As per 2014 statistics, it had a population of around 900000 residents. It is the main cultural and economic centre of the Austin ? Round Rock metropolitan area. This area had settlers and immigrants coming in early 1830 and starting settling in along the Colorado River. In 1837 the Republic of Texas vice president visited the area on a Buffalo hunting expedition and he proposed that the present-day capital of the state be moved here from Houston. Finally, in 1839, the site was officially chosen as the state capital and was incorporated under the name Waterloo. However, the city’s name was changed to Austin in honour of Stephen F Austin, the Father of Texas and republic’s first secretary of state.

The city had very rapid growth in the 19th century and became a major centre of education with the birth of the University of Texas ? Austin. By the 1980s the city had emerged on High Technology map of the world and became home to many Fortune 500 companies engaged in Hi-Tech business. Dell computers have their worldwide headquarters in Round Rock besides regional offices of IBM, Oracle, E Bay, AMD, Cisco Systems, Google and 3M. The city is famous for its Live Music scene and venues. The city is known as clean air city for its strict rules regarding ?No Smoking? in all public places. According to federal governments figures, the city was recorded as second most safest major city in whole of United States in 2012.

What Austin has to offer as a startup ecosystem

Austin startup eco systems primarily developed due to presence of tech giants like Dell and IBM in their vicinity. Over the last decade or so the startups in Austin have made their presence felt in the diverse fields like hardware, software and software services. As on date Austin is home to around 2200 active startups engaged in Hi Technology fields.

Some of the recent success stories from Austin include HomeAway which has a current valuation of???? $ 2.84 Billion and RetailMeNot with a market cap of $ 850 Million . Due to these valuations and other successful exits, the startup scene in Austin has caught the VC community’s attention.

Due to concentration tech industry in Austin’s landscape, it has a very savvy tech workforce counting 100,000 people. The average salary for tech talent in Austin is slightly lower than North American average, that’s why it ranks high on talent rankings. However, in Austin, the demand for technical talent overshoots supply making it 21% longer than Silicon Valley to hire tech talent here. One of the advantages of? Austin’s eco systems is the presence of large numbers already startup experienced engineers and high numbers of advisors.

For USA Citizens, Green Card Holders and Canadian Residents there are no work restrictions, for workers from other parts of the world, you would need to apply either an H1B visa or your company can sponsor you on a L1 visa to work in Austin. More than 50 % startups are started by immigrants and 70 % engineers are immigrants in Austin.

Moving to Boston – A Guide for Entrepreneurs and Startups

Austin is well developed and fully functional locale which boasts of one the best facilities in the?United States. Be it Shopping, entertainment or clubbing, the city has to offer something for everybody’s taste.

1, Amarillo Weekend Adventure- One can enjoy the amazing scenery at Palo Duro Canyon while doing biking, hiking in the lush green surroundings. If you want to be in nature’s lap while not missing on sumptuous food then this is the place for you.

One has the option of rafting and kayaking in San Marcos River near Austin which incidentally has one of the cleanest river water because it originates from a spring. Whether its white water rafting or a gentle float there is something for everybody here to enjoy.

Austin is well connected by Highways, Rail, and Air with other cities of the United States. One has the option to ride Capital Metro ? a subway rail system in Austin for local commute and one need not depend on an own vehicle to move around in the city.

One of the famous parts of Austin Nightlife is the presence of a large number of Live music venues which is why this city is known as ? Live Music Capital of the World?. Besides that, there are a large number of pubs, night clubs and late-night eateries to make scene extra live.