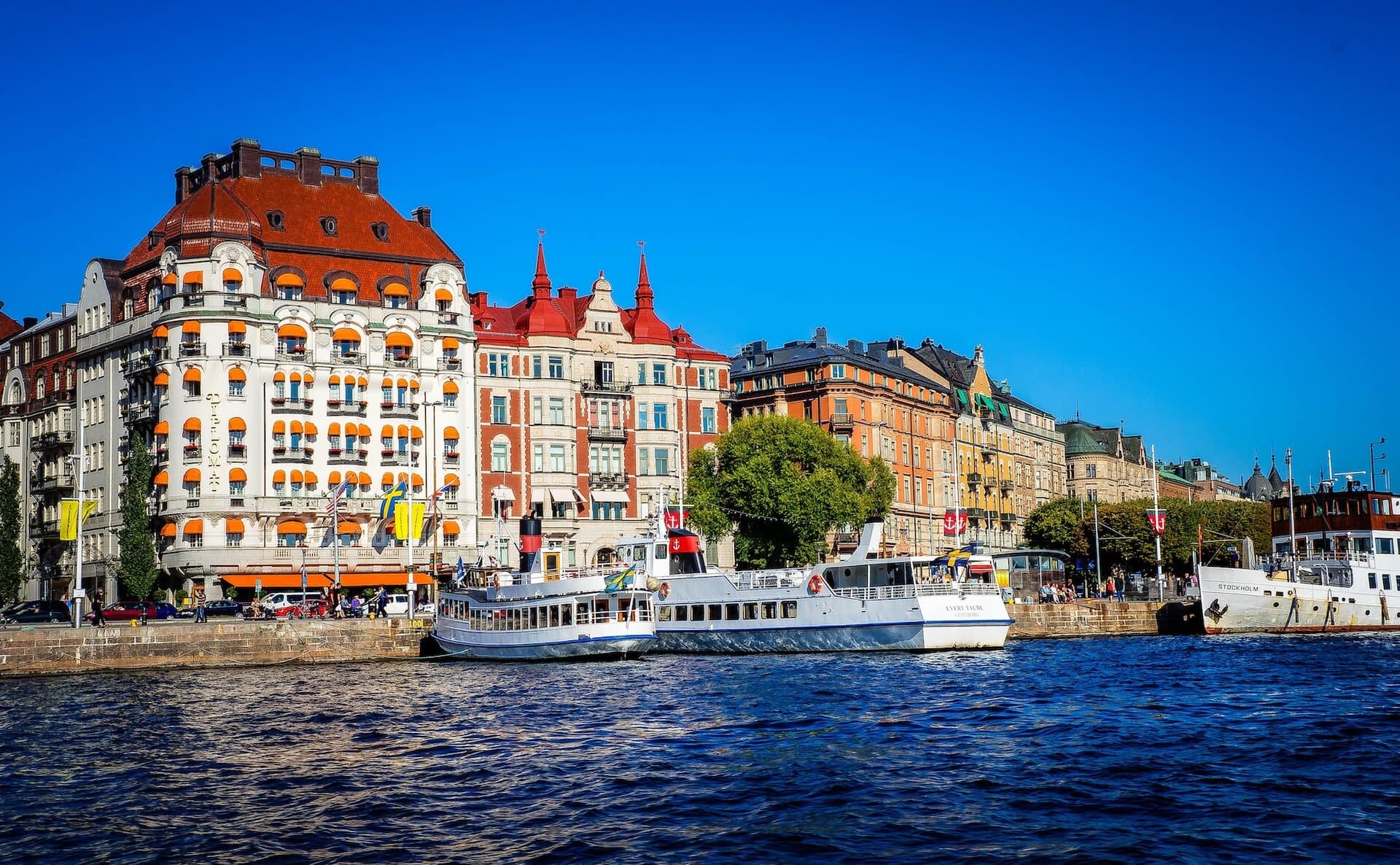 by HexGn
in Top Startup Cities
Reading Time: 7 mins read
32
SHARES
Share on FacebookShare on TwitterShare on LinkedinShare on Whatsapp

If you are planning to move to the Swedish capital, Stockholm for setting up a startup or to find jobs in the ecosystem, here is a guide to help you understand the entrepreneurial scene in the city and its strengths.

Sweden has risen marvelously as a startup country and is in a bid to overtake Silicon Valley with the highest number of unicorn companies. The country’s capital city, Stockholm, seems to be growing as the startup capital of the state as well.? Stockholm has given rise to several notable startups and has a dynamic startup ecosystem. Moving to Stockholm can help entrepreneurs find a firm footing for your entrepreneurial ventures within its fertile business climate.

Stockholm, as a startup ecosystem has outdone several other ecosystems in several aspects despite being a small country of less than 2.5 million people. There city’s staggering GDP of $143 billion is a clear indicator of its success as a startup city and its economy as a whole. Apart from a thriving entrepreneurial sector, the leading industries in the city include the chemical, food and beverages, paper and printing, and the machine manufacturing industry. Startups and entrepreneurs moving to Stockholm can find the infrastructural and bureaucratic support to establish themselves successfully.

Sweden has produced some of the finest startup brands like Candy Crush,? and Minecraft among the several others. Stockholm’s position and visibility as a viable city for startups was raised by several notches when it got featured in the Global Startup Ecosystem Report 2017 by Startup Genome as one of the top 15 startup ecosystems.

Why is Stockholm a Hotbed for Startups?

With a fantastic infrastructure in place and a unique startup community that is supportive of innovations, entrepreneurs moving to Stockholm find all the right ingredients for serving up a successful business venture. There are over 1000 startups in the city from diverse niches with an average valuation of $3.6 million. Startups in Stockholm get to be a part of a high impact and high-value ecosystem by moving here.

Move to Stockholm to Get the Best of Tech Talent

The growth of the tech sector in the city and its pool of tech talent has been interconnected. Both the factors have thrived on each other making tech an essential part of the startup ecosystem.

Apart from the sea of tech professionals moving to Stockholm, the city also has prestigious colleges and universities that churn out the best talent for different fields each year. The percentage that tech human capital holds in the total workforce is higher than most European startup ecosystems which can partially be attributed to the government?s initiatives to improve the education system in the country.

Moving to Greater Helsinki – A Guide for Startups and Entrepreneurs

The main institutions replenishing the pool of talent in the city are the Royal Institute of Technology and the Stockholm School of Entrepreneurship. One of the priorities of the government is to build a STEM-focused educational system to create a strong pool of tech talent.

Stockholm has an Exceptional Government and Policies in Place

A lot of times innovative business ventures cannot fully take off owing to obstacles in the bureaucratic policies. However, Stockholm is an innovation loving country and offers support to startups in a lot of ways.

While countries that have a higher per capita expenditure have never been considered ideal for startups to grow, owing to the high taxes, Sweden has helped the startup ecosystems in the country grow despite being a high spending one. The higher taxes have helped cities like Stockholm build the best of infrastructure and a social safety net that helps entrepreneurs take higher risks without the worrying. ?More people are estimated to move to Stockholm once the government introduces lenient taxation for stock options.

New business creation has been encouraged by the country since the 1990s when the government paved the way for privatization. This move resulted in the privatization of many state-controlled entities and the creation of a productive environment for businesses.? The tax rate too went down significantly because of the increase in the business scene encouraging several entrepreneurs to move here.

The government further contributed to creating a thriving startup ecosystem by setting up a system of reliable broadband infrastructure along with measures like access to subsidized equipment for tech companies.

Move to Stockholm to Enjoy Advantages of a Small Hub

One of the smallest yet highly dynamic startup hubs in the Nordic region, Stockholm has created an inspiring example for cities which aim to become startup giants. It has achieved this by offering the best quality of personal life it can provide with plenty of outdoor activities and facilities.

The city is very particular about ensuring minimum pollution and encourages biking as a mode of transport. Plus cars are one of the highly taxed items, making taking the bike a more feasible option for most of the people in Stockholm. This is not just great for the environment but has helped in making its residents healthier. The city has dedicated biking lanes in all parts of the city which can be used for exploring the beauty of Stockholm.

Startups in Stockholm are Spoilt for Choice in Shared Office Spaces

The concept of co-working office spaces has revolutionized how startups and freelancers work and grow. The introduction of affordable shared office spaces has made it easier for business owners and professionals with limited funds to set up an office without burning a hole in their pockets.

Entrepreneurs and startups moving to Stockholm are spoilt for choice when it comes to co-working offices in the city. The brand that is a favorite in Stockholm is SUP46. The co-working office space brand offers shared office packages starting from ?265 to ?370 that come with a host of free amenities and excellent learning opportunities. SUP46 has a PR support and mentorship program which has helped many start-ups launch with the right guidance. Other popular shared offices in Stockholm include Impact Hub, WeWork, Things, No 18, Stockholm FinTech, and The Park among the others.

The Shining Tech Sectors of Stockholm

Tech startups moving to Stockholm can leverage the brilliant tech infrastructure the city has to provide. The city has a robust broadband infrastructure and a number of government policies aimed at making basic equipment affordable to tech professionals. Close to 18% of the workforce consists of tech workers, a share more than most European startup ecosystems. These are some of the segments within the tech niche which have helped it grow.

The cleantech sub-sector saw an unprecedented growth after the announcement of the government to make Stockholm CO2-free by 2040.? This would require various renewable energy sources, alternative fuel, and related technologies to come into play for achieving the goal. Cleantech startups in Stockholm have also been a significant player in bringing attention to the region with large funding rounds. An example of this is Northvolt which raised $64 million. It is a battery startup that was established by Peter Carlsson, a former Tesla employee.

The gaming success stories from Stockholm are plenty. The city has played an instrumental role in churning out some globally favorite games like Battlefield, Candy Crush, and Minecraft. 8% of the total venture capital funding that Stockholm received for the last six years has been because of the gaming sub-sector. Entrepreneurs with innovative gaming ideas should not shy away from moving to Stockholm, which has ample resources and platforms for gaming startups to get noticed. The Greater Stockholm region has more than 120 gaming companies which hire close to 2,500 game developers from Stockholm and around the world. The gaming sub-sector in the area consists of a plethora of small-scale companies like Fatshark and Lionbite Games as well internationally known names like Mojang, Paradox Interactive, and King.

The fintech startups in Stockholm boast of some of the highly funded companies.? A whopping 21% share of the total venture capital funds received by Stockholm between 2012 and 2017 was brought in by the startups in the fintech segment. The sub-sector has been receiving a steady amount of $120 million annually for the past three years. Two notable stories of fintech startups in Stockholm are of Qapital and Tink which each raised over $10 million in 2017. Some of the giants in the industry include iZettle, a mobile payments brand, that raised $330 million so far and the e-commerce solution provider, Kiarna, which raised $630 million in all.

Some eco-partners making a positive impact in Stockholm?s startup ecosystem by helping it grow include:

Move to one of the fastest growing startup ecosystems in the Nordic hub by shifting bases to Stockholm. The city’s diverse market reach makes it an ideal ground for testing various products and services and understanding how impactful they can be. The city offers a relaxed and healthy personal life and has all the top-notch facilities for a rewarding professional experience. Moving to Stockholm has an array of perks for tech entrepreneurs as it is a well-established tech hub whose only competition is Silicon Valley.

Share13Tweet8Share2Send
No Result
View All Result