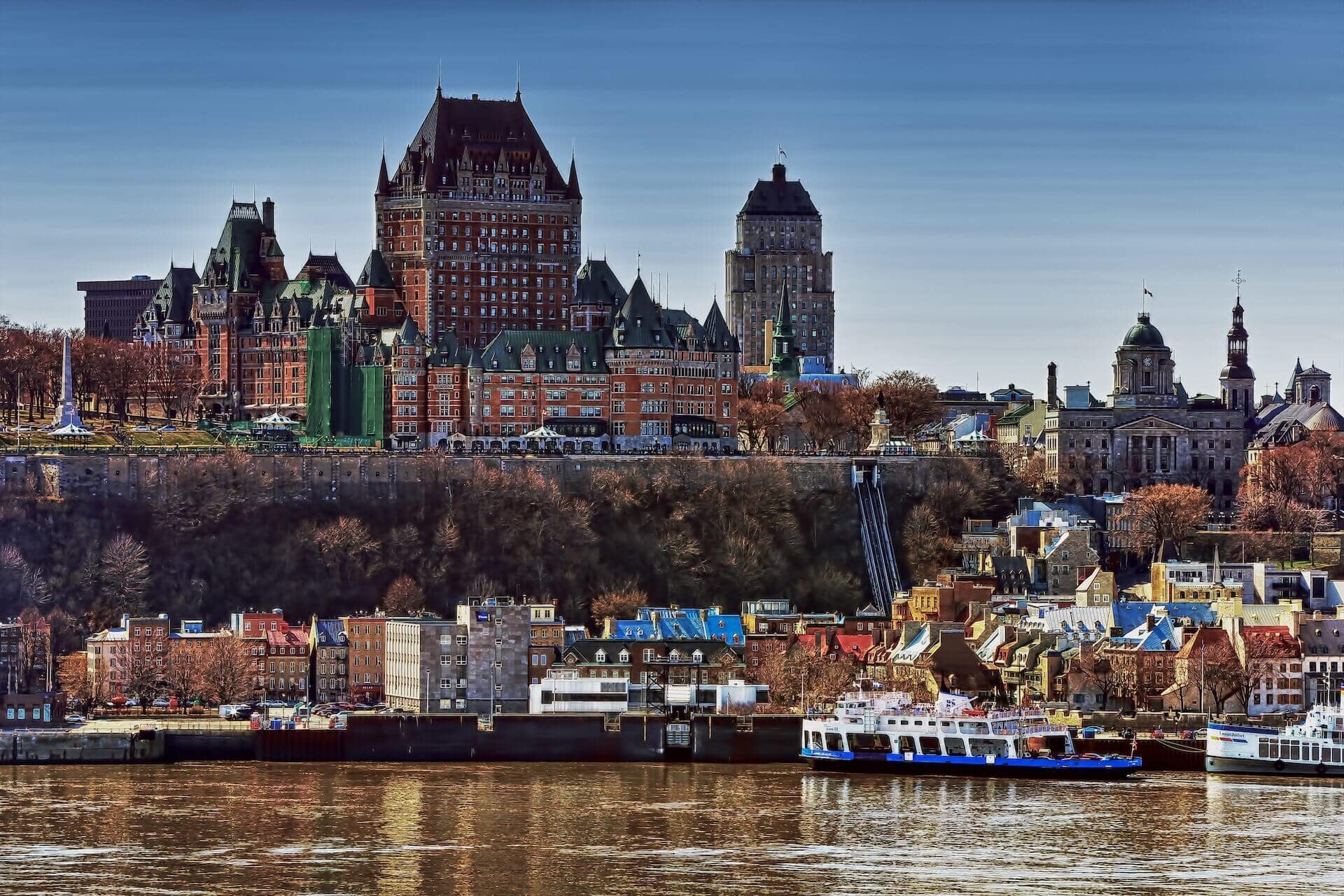 by HexGn
in Top Startup Cities
Reading Time: 6 mins read
18
SHARES
Share on FacebookShare on TwitterShare on LinkedinShare on Whatsapp

Here is a comprehensive guide about Quebec city and its entrepreneurial culture that can help you if you are planning to move to Quebec City for pursuing your entrepreneurial dreams and ventures. Canada is starting to look up as one of the promising countries to set an entrepreneurial venture and the growth of startups in?Quebec city stand testimony to this fact.

Several cities in the country are popping up on the startup ecosystem radar and are attracting more and more entrepreneurs each year. Quebec City is one of these fast-growing cities that have been drawing a lot of entrepreneurial talent in recent years.

Quebec City has a GDP of 33 billion, and some of the principal industries in the city include mining, pulp and paper limited, and manufacturing among the others. Home to a growing population of 800 k people, the city has the highest concentration of French-speaking Canadian residents. Move to Quebec City to explore its unexplored business potential anda beautiful quality of personal life it has to offer.

Known for its delectable, French- Canadian cuisine, Quebec City offers a laid-back and safe place to live and work. The city was named as one of the safest metropolitan cities in Canada which makes it one of the best places to live in as well. The low crime rate and the untapped entrepreneurial potential of the town is what is making more and more people move to Quebec City.

Why is Quebec City a Great Place to Start a Business?

The city boasts of a pool of talent that is highly skilled. A team of employees with the best skill set is an asset to any business. Startups in Quebec city can enjoy easy access to talented and hardworking human resource capital in diverse fields. The robust educational infrastructure in the city fuels this pool of talent. There are more than five universities and several colleges and vocational training institutes in Quebec City that is a part of the educational infrastructure of the city. The Canadian government has several immigrant-friendly measures which are helping professionals, students, and entrepreneurs from various parts of the world to move to Quebec City without hassles. Startups in Quebec City can find talent for many fields including arts, design, business and technology.

Moving to Quebec City is rewarding as the city offers a number of perks for your personal life. Cost of living in the city is quite affordable and is not as high as some of the other metropolitan Canadian towns. When it comes to health care, the government offers free health care for those who settle there. The city provides an efficient transport system and infrastructure that makes it easier to navigate within the city and an airport that connects the city to the rest of the world. When you move to Quebec City, you get to be a part of a warm and welcoming community which is primarily French-speaking and a lively one.

The city is quite close to a national park and has over five local day camps for kids that are free. You can also enjoy many music and cultural festivals when you move to Quebec City like the Montreal Jazz Festival, Quebec Summer Festival, and the Just for Laughs Festival.

The city is home to different kinds of industries. Some of the active sectors of Quebec City are the geospatial sector, biopharmaceutical sector, multimedia sector, and the tech sector. The various high-performance companies in these and the other segments are some of the key players responsible for the steady growth of the regional economy despite the global economic turbulence.

Move to Quebec City to Enjoy a Favorable Tax Environment

The city encourages entrepreneurs and other professionals to move to Quebec City with its generous tax regime that helps companies save a significant amount of money. The tax burden on new investments in businesses is the lowest in Canada as compared to Italy, France, the United States, and Germany. Startups in Quebec City also enjoy the lowest tax rates of all the cities in North America. Some of the government initiatives are specially targeted for investors to help startups in Quebec City attract the right investors to their business.

Quebec City has Abundant Resources for a Healthy Startup Ecosystem

The city has a rich source of natural gas and a high power generating hydroelectric capacity. You can enjoy affordable electricity costs and depend on a highly reliable power grid when you move to Quebec City. The city also has many business incubator organizations for startups looking forward to collaborating with established companies within the city to find entrepreneurial support.? Although the real estate costs for commercial properties are affordable for startups in Quebec City to set up their offices, there are many good coworking spaces available as well. Regus, a popular shared office space brand, offers coworking spaces in more than one location with rents starting at as less as $10.

Not to forget, startups in Quebec City have the advantage of setting base in a city that has a significant amount of venture capital funding in Canada. Funding is imperative for any startup to scale and grow as a successful venture and moving to Quebec City can help entrepreneurs get access to these funding sources, provided they have a business idea to impress the venture capital companies.

The tech sector in Quebec City is a fast-growing startup ecosystem niche that is getting noticed globally. The growth of tech startups in Quebec City is mainly due to the presence of skilled tech professionals and adequate venture capital funding in the region. Some of the critical subsectors in the tech niche are as follows:

The information and communication technology niche especially is soaring in the region. There are more than 300 companies in this niche with some globally prominent ones like General Dynamics and IBM. The many information and communication technology research centers present in the city also contribute to the growth of the sector. Coveo and LeddarTech are some of the trailblazing startups in Quebec City. LeddarTech is a LED detection and solutions company that offers services for distance measurement and object recognition applications. The company raised $101 million in Series C funding from some prominent corporate investors like Delphi and Osram. Coveo has raised $35 million in Series C funding in 2015; it is an enterprise software company.

The presence of gaming giants like Frima Studio, Ubisoft Quebec, and Beenox has put the gaming startups in Quebec on the international radar. The city has got over 10% of the total VC funding in the region in recent years and employed more than 1,200 people in the industry. The gaming sub-sector also comprises of an indie gaming niche that has key players like Bishop Games, Parabole, and Chainawesome games. These developers and publishers are responsible for creating chartbuster games that are acclaimed worldwide.? Several gaming entrepreneurs are moving to Quebec City owing to the support of the regional government for this sector. Gaming and multimedia startups in Quebec City enjoy a considerable tax credit.

The health and life sciences sub-sector is one of the most lucrative sub-sectors in the tech niche. There are more than 120 companies and over 80 research centers in this sub-sector in Quebec City. The presence of a premium educational infrastructure comprising of Universite Laval and INRS has further strengthened this sub-sector. The health and life sciences sub-sector witnesses sales of $1.3 billion and employs nearly 6500 professionals. The low operating costs are one of the crucial catalysts for the growth of companies involved in clinical trials and biomedical research in the city. One of the notable success stories is that of Medicago that develops and produces novel vaccines and antibodies using proprietary plant-based technologies.

Move to Quebec City to enjoy the best of personal and professional life in a high impact and high growth city.

Share7Tweet5Share1Send
No Result
View All Result