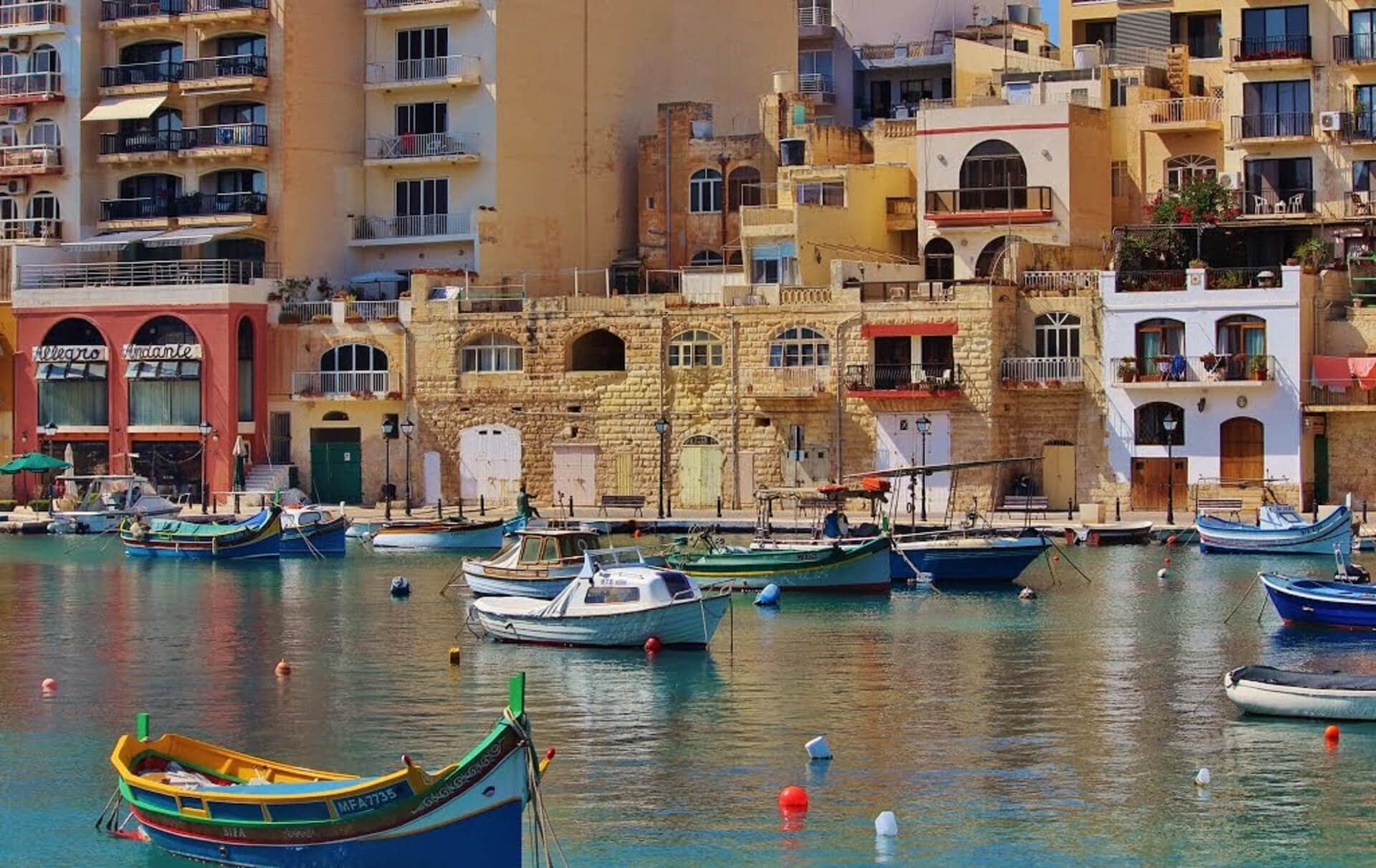 by HexGn
in Top Startup Cities
Reading Time: 6 mins read
164
SHARES
Share on FacebookShare on TwitterShare on LinkedinShare on Whatsapp

The startup ecosystem in Malta, a beautiful archipelago is growing at a steady pace and entrepreneurs, startups, and startup job seekers from around the world are moving to Malta to help its ecosystem grow.?Malta is an emerging startup country and is ranked 37th among all the countries in the Global Competitiveness Report 2017-18. Prominent industries fuelling the economy of Malta are tourism, manufacturing, and trade.

Located in the center of the Mediterranean Sea, the archipelago is made up of three islands which together have a population of 423,000 people and is one of the most densely populated European countries. The city is a hot and happening tourist spot and has a GDP of $11 billion.

The country made its debut as one of the top startup ecosystems in the Global Startup Ecosystem Report 2017 by Startup Genome. The report helped raise Malta’s status as a startup ecosystem and increased the visibility of its entrepreneurial activities around the world.

What Does Malta have in Store for Startups?

Malta has close to 250 startups and more coming up owing to the multiple changes in the Maltese economy and socio-cultural frameworks. Most of the startup activity in the country is concentrated in its capital city of Valletta owing to the advantages the city has to offer because of its status as the capital. Investors have also started discovering the potential of Malta as a startup nation and are slowly moving to Malta to make the best of the young startup ecosystem. The city is dotted with incubators and accelerators. The number of co-working spaces in the country is only a handful at this point but sufficient to cater to the startup community.

Malta is Welcoming to Startups and Entrepreneurs

Malta is slowly transitioning from a country that focused only on large scale industries to one that is giving equal importance to small-scale ones as well. The growing government support is giving entrepreneurs and startups the confidence to move to Malta to materialize their entrepreneurial aspirations.The Maltese government offers generous tax benefits on corporate and personal income. Entrepreneurs and startups in Malta are levied 35% of the total revenue which after the distribution of dividends is only an effective tax rate of 5%. Those in the company who are getting a share of the dividends may also apply for tax refunds if eligible.

There are very less hurdles to starting a business in Malta which is why more and more startups are moving to Malta. One of the main hurdles that startups may face in other countries are strict regulations in business, but that is something startups do not have to worry about here. The business regulations are quite laid back to offer a free economy that encourages the growth of the startups in it. I

Moving to Singapore – A guide for Startups and Entrepreneurs

Malta is an Investor Magnet

Investors are attracted to Malta like bees to honey owing to the favorable economic framework in the country. The country is a tax haven for those willing to spend on the local startups and offers stable credit rating. This is one of the drivers for investors and HNI’s to move to Malta.

There are a number of government initiatives that have been started to help the various industries in the country. A majority of them are directed at startups and include schemes that offer access to equity capital, mentors/leaders for advice, and opportunities to be a part of the various startup events in Malta.

The most attractive scheme is the program that offers citizenship for foreign investors moving to Malta. The citizenry is provided based on the amount invested and is a process that may take up to a year. For the fourth consecutive year, the Malta Individual Investor Program (MIIP) is the world?s top-ranking citizenship-by-investment program, with a score of 79 out of 100. The Maltese passport ranks as the 7th most powerful passport in the world, so you can travel the world with ease, this is driving many entrepreneurs to move to Malta

Although Malta may be a small archipelago on its own with a market size smaller than other regions in Europe, the location of islands can work well for businesses wanting to explore the European markets. By moving your startup to Malta, you can get convenient access to European markets as well as the Northern African markets. Companies whose products and services are targeted for audiences in these regions may find the decision to move to the island country rewarding.

The exit of the United Kingdom from the European Union has made Malta the next preferred destination for tech startups in the region. The country produces ample tech talent required for the sector, and more and more startups are moving to Malta owing to its favorable location. The main sub-sectors that are excelling and propelling its growth as a startup hub are:

Fintech startups in Malta have grown with the help of a healthy financial sector in the country. The industry boasts of 25 credit institutions that have helped in the growth and are responsible for bringing in 15-17% of the total regional venture capital funding in the years between 2012 and 2017. A notable startup of the fintech subsector is Truevo which is a payment service provider company. Previously known as Swish Payments, the company is one of the few startups in the segment to get a European banking license and has landed a partnership with Visa and MasterCard. One of the important catalysts working in favor of the fintech startups in Malta are the tax benefits implemented by the government over the years.? In case you are looking to do a venture in the FinTech domain, do check these great Fintech Startup Ideas from YoStartups.

Blockchain is another prime tech sub-sector whose development has been prioritized by the Maltese government. One of the most significant activities in this segment is the opening up of a ?fiat-to-crypto’ exchange by Binance. The company is the largest cryptocurrency exchange by traded value in the world and is one of the giants to have tapped into the country’s startup potential. Binance plans to partner with local banks to provide accessibility to the capital as a part of the venture. As a part of the many government efforts to promote the blockchain sub-sector, the Malt Digital Innovation Authority was established. A regulatory framework to oversee the sub-sectors DLT activities and other service providers have also been set up. These frameworks aim to smoothen the DLT processes and to gain an oversight on various parties issuing ICOs. Blockchain entrepreneurs are now actively considering moving to Malta, due to its focus on Blockchain.

The regional gaming sector has seen unmatched growth in the last twenty years and has had many gaming entrepreneurs move to Malta to be a part of the high impact industry. One of the pioneer countries to license online gaming in the European Union, the Maltese sub-sector makes a significant contribution to the economy of the country at 12%. The Maltese jobs market too has seen sustainable growth owing to gaming startups in Malta. The last six years saw gaming startups bringing in 46% of the total local venture capital funding making it one of the most significant sub-sectors in the country. Startups moving to Malta get to be a part of a gaming segment that also includes companies like Tipico, Betsson, and Betfair. Founders and leaders from prominent regional startups and related associations are investing heavily in this sub-sector. One example of this is Oulala, a fantasy soccer esport company, which was founded by Vallery Bollier who is also the founder of Silicon Valletta. Silicon Valletta is a vital ecosystem partner driving the growth of tech-based startups in Malta.

After the UK’s exit from the EU, Malta is the only country in the European Union that is multi-lingual and has a large share of English speakers. The minimal language barrier is the biggest advantage the country has to offer international startups, entrepreneurs and startup job seekers. Startups in Malta get access to a workforce that has a good share of international talent and is also one of the cheapest skilled labor in Europe. Armed with strong support from the government and resources to help startups thrive, Malta is in a bid to become a vital startup ecosystem in Southern Europe.

Share66Tweet41Share11Send
No Result
View All Result