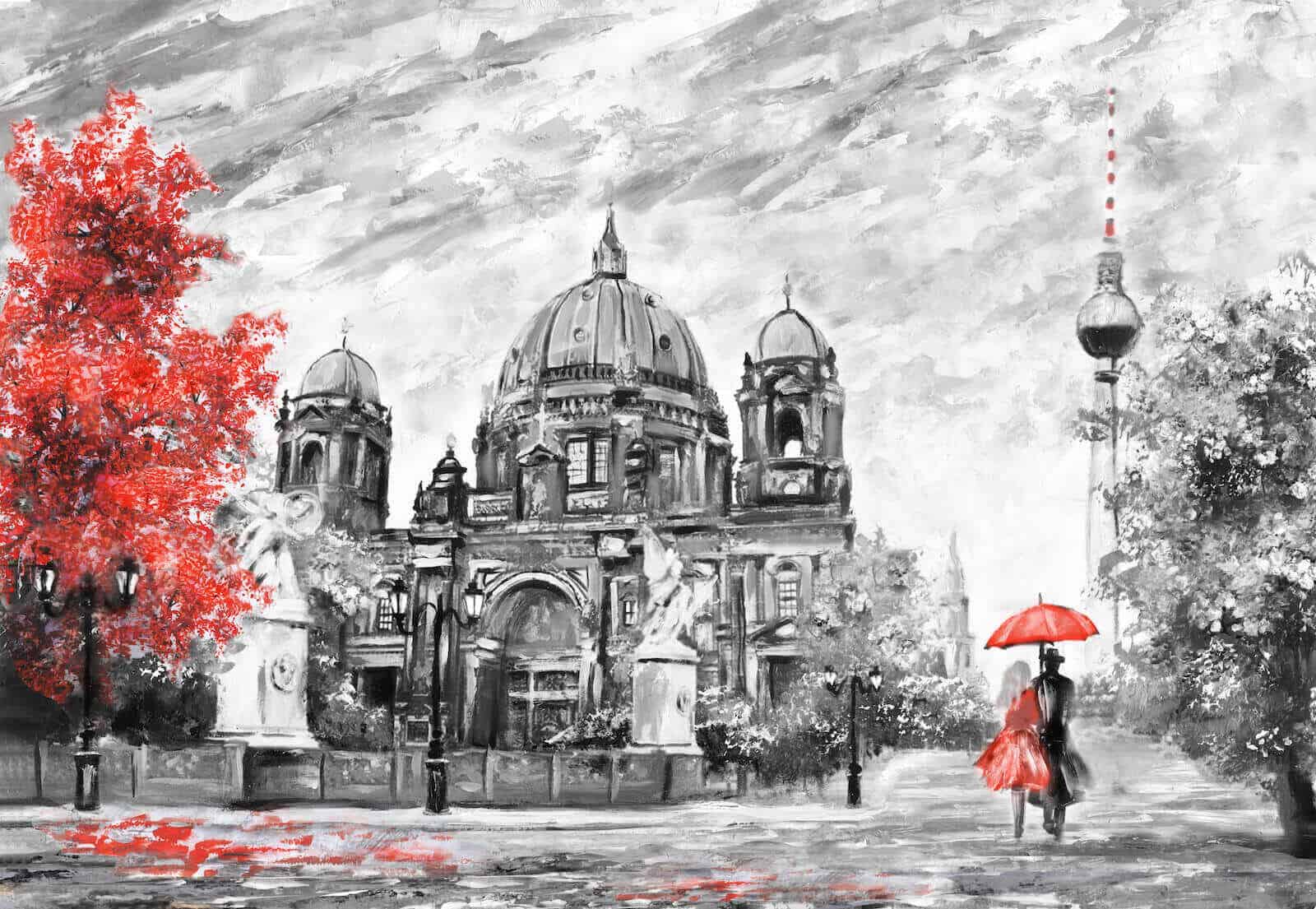 What Does Berlin Offer To Startup Job Seekers

Berlin is the capital of Germany and one of its 16 states. It has a population of 3.5 million residents and is the second largest city in the European Union. It is located in the northeastern part of Germany on the banks of river Spree and Havel. Around the one-third area of Berlin is covered by forests, parks, gardens, rivers and lakes. Its history goes back to the thirteenth century when it was at the crossing of two historic trade routes. In the 1920s the Berlin was the third largest municipality in the world. After Second World War the city got divided between East and West Germany. In 1990, following the reunification of Germany the city once again became the capital of the whole of Germany.

Today Berlin is a major centre of culture, politics, media, and science. Its economy is based on Hi Technology industry and service sector. The industry in Berlin constitutes of a diverse range of creative outfits, research centres, media corporations and convention venues. It is also a major tourist attraction and draws visitors from all over the world. In modern times Berlin became a centre of world?s renowned universities, Orchestras, Museums and entertainment venues. Berlin also hosts many of the world?s major sporting events annually. It is a very popular destination for international film production too. The city is known for its many festivals, diverse architecture, nightlife and high quality of living.

In the past few years, the city has emerged very strongly on Startup Ecosystems and is now home to many new outfits working in software, biotechnology, clean technology and Pharmaceutical areas.

What Berlin has to offer as a startup ecosystem?

Especially after the Brexit Berlin is by far the new number one regarding available risk capital and some startups. As on date, Berlin is home to around 6000 registered startups. Experts estimate that by 2020 Berlin?s startups will be able to add around 40000 jobs.

Startups in the Berlin ecosystem have traditionally concentrated in markets like e-commerce, gaming, and marketplaces, with new startups showing potential in other verticals such as SaaS and Adtech. Berlin?s low cost of living and a vibrant startup ecosystem have resulted in a soaring inflow of national and international tech talent.

With the successful IPOs of Rocket Internet like Zalando totalling with a $ 7 Billion value and very successful startups like Delivery Hero with a total valuation of $ 3,2 Billion, Rocket Internet gets one of the most important players in the market. Other successful startups like Sociomantic, Wunderlist, and Quandoo, lead to the fact that Berlin is recognised as one of the top startup ecosystems in the world. Some of the weak spots of Berlin?s ecosystem are a tight regulatory environment and an absence of local marketplace. Berlin?s startup ecosystem has established a strong national pull. Its next emerging step is to become more of an international attraction.

Top 10 German Startups in 2015 based on funding value before exit or IPO: 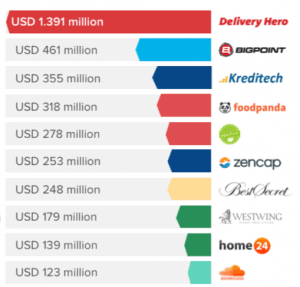 Betahouse is the largest co-working space in Europe and offers next to their co-working space European-wide packages as well as Networking possibilities. The prices range from a day ticket of ? 12 to ? 229 for a monthly fixed desk. Please, check out more information at this link- http://www.betahaus.com/berlin/

Impact Hub is next to a great working space also a great network to over 12.000 members in 60 cities. Membership starts at ? 35 for one day a month. ? 295 is what you need to pay for a fixed desk including membership.

Berlin is a well-developed and fully functional locale, which boasts of one the best facilities in Germany.? Berlin as a city has something for everybody?s taste, be it Shopping, sporting facilities, entertainment or clubbing.

There are a lot of famous shopping streets like Friedrichstrasse, Schlo?strasse, Karl-Marx-Strasse.

If you are a sports aficionado, then you have many major sporting arenas in Berlin

There are a lot of hiking getaways in and around Berlin, should you like outdoors and hiking, the two most famous are listed below:

Grunewald ? Located in the western half of Berlin, this 3000-acre forest is a perfect getaway to escape the city?s humdrum and be in nature?s lap. There is a spy station in this forest built on top of a hill by Americans during the Second World War to listen to East Germany?s military communication. It has even won an award of the best forest of the year in 2015.

Pl?tzensee ? It is located in the Wedding district which is less than 20 min away from the centre. This lake offers a favourite getaway for residents to escape city life and enjoy the calm and serene surroundings. Next, to the possibility of renting boats, there are some trees that suitable for jumping into the water.

The Berlin Wall was built in 1961 and was 28 years long one of the most meaningful symbols of the separation of Germany. It was 155 km long, had 302 observation towers and 20 bunkers. After the fall of the Berlin Wall in 1990, it was continuously removed, and parts of it placed in museums around the world. However, there are some parts of the wall, which are remaining, and an interesting place for tourists.

Berlin is well connected by road, rail, and air with all the major cities of Europe. It terms of public transportation you have U-Bahn, a mass rapid transport system in the city of Berlin which offers easy local connectivity. A short distance ticket costs ? 1,7 where you can drive up to three stations whereas a single ticket costs 2,7 for an up to two hours drive.

Berlin?s nightlife offers plenty of entertainment options, whether its pubs, nightclubs or late night eateries. Even though you can get high class and luxury clubs as well, Berlin is famous for its underground clubs. Three of the best clubs are described below:

Berghain: It is considered according to djmag100 as one of the top 20 clubs worldwide. It is part of the underground dance music scene in Berlin and is a place to go. This club has the hardest selection processes and a lot of people get rejected. The bouncer of the club rejected even Britney Spears. Nobody knows what exactly someone needs to do to get inside, and the club is not giving any interviews. You should not be a big group, and you should not be too drunk or too loud. Remember it is an underground club so don?t dress up too much because then you will surely get a no. Always have a plan B when you decide to go to Berghain.

KitKatClub: This club is worldwide famous and probably the most alternative club in the world. Some people even think that it is a swinger club because the dress code is extremely crazy. So you can see people wearing costumes and uniforms to fetish costumes or even running around naked. The entrance policy is as similar to Berghain and only a very few people can get inside. So if you are going to KitKat, do remember that no other club will let you in with that dress code. However, it is worthwhile going there because the experience is unique.

Tresor: It is another typical underground club in Berlin, which was originally a strong room in a shopping centre. So with all the steel lattice doors, you have the feeling as you are in prison. The main music is techno, and a must go if you want to experience the clubbing culture of Berlin. Most of the Berghain guests have Tresor as a plan B before they go out (because there is no guarantee for no one).