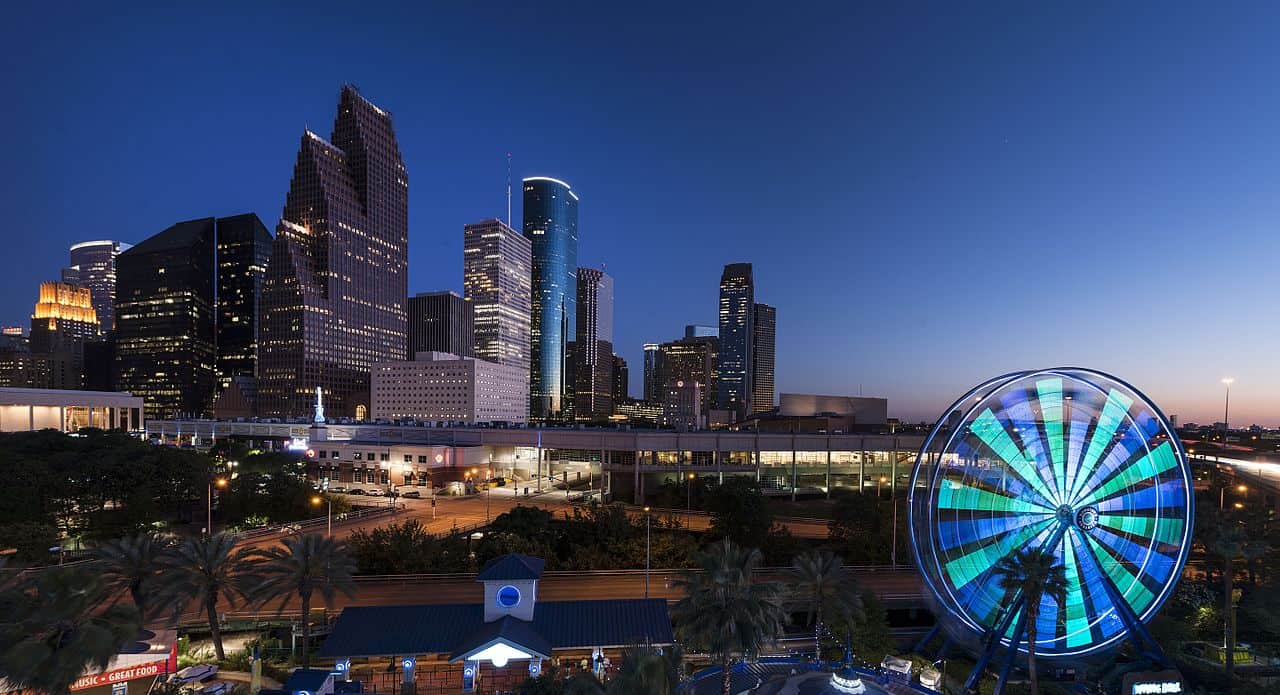 Top Houston Startups to Watch Out for in 2019

by HexGn
in Top Startups 2019
Reading Time: 6 mins read
94
SHARES
Share on FacebookShare on TwitterShare on LinkedinShare on Whatsapp

Here are some of the top Houston-based startups who raised notable amounts this year and are expected to be in the limelight in 2019 ans should be on your watch list. Houston’s tech prowess is now globally recognised, thanks to the NASA facility in the city. 2018 saw some fantastic tech start-ups in the city bring in substantial investments to help them grow and expand into new areas and become top Houston startups.

The impressive funding received by these tech companies have made them some of the top Houston startups to watch out for in 2019 as with more investments, these companies are expected to shake up their respective industries with advancement in service and product offerings.

Houston?s startup ecosystem has nearly 3000 startups out of which only 48 startups participated in funding activities this year. The ecosystem received total investments of close to a billion in 2018.

Sunnova is a top startup from Houston that was set up in 2012. The founders – John Berger, Jordan Fruge and Lynda Attaway, are all solar industry veterans who founded the company to offer cleaner, more affordable and smart forms of energy. Within just four years of establishment, the solar tech Houston-based startup has secured $2.3 billion in investments and is helping several local energy enterprises as it grows. The company offers solar energy services that are battery storable and uses advanced tech features for the same. These features include the Sunnova Safe intelligent control technology to switch between solar and stored energy as per the need of the household. In its most recent funding round, Sunnova raised $100 million through equity investment from Quantum Strategic Partners Ltd. making it one of the hot and happening Houston startups to watch out for in 2019.

OcoResponse is a rapidly growing Houston based biotech startup that raised $40 million in 2018 in Series B round of funding. Led by RiverVest Venture Partners, Series B round of funding saw the participation of Qatar Investment Authority and Redmile Group, two new investors along with other existing investing groups. The? Houston-based startup was set up in 2015 by Clifford J. Stocks to encourage new approaches and channels for cancer therapeutics. The immune-oncology startup works in partnership with MD Anderson Cancer Center which is one of the top cancer centers in the world to offer new cancer research insights and technologies for healthcare providers. OncoResponse has completed four rounds of funding till date and is one of the top Houston startups to watch out for in 2019.

Top Tampa Bay Area Startups to Watch out for In 2019

Top Hong Kong Startups to Watch out for 2019

Top Phoenix Startups to Watch out for in 2019

Co-founded by Kent Radford and Gabe Krambs in 2012, CS Disco is a one of a kind legal tech software. The startup automates a series of task for lawyers to help them increase their practice time and efficiency. The company has got $50.6 million investments till date. What makes CS Disco one of the top Houston Startups to watch out for in 2019 is its recent $20 million equity financing round which was led by Bessemer Venture Partners and featured LiveOak? Venture Partners and the Stephens Group as well. The legal tech software startup works with law firms and legal departments of corporate companies and has over 900 TB of data uploaded so far.

Procyrion is one of the top Houston startups to watch out in 2019 in the health tech segment. The startup deals in technology solution for coronary indications and has created a secure place for itself in the market with Aortix, a heart pump that is deployed with a catheter to save patients from heart failure in early stages and is primarily meant for ambulatory use. Procyrion?s innovative service and product range have helped the company gather $34.7 million so far. The most recent round of funding happened in 2018. The Series C round was led by a Fannin Partners Affiliate and featured three other existing investors including an undisclosed one.? The company is the brainchild of Reynold Delgado who is a leading cardiologist and plays the role of Chief Medical Officer at this Houston based startup.

The next company in this list of top Houston startups to watch out for in 2019 is P97 Networks that raised close to $15 million in mid-2018. P97 Networks is a cloud-based mobile commerce and digital marketing solutions provider whose application is aimed for use in industries like oil & gas, auto manufacturing, and consumer packaged goods among the others.? The business idea for this fintech startup was materialized by its founder Don Frieden who dons the hats of the president, chairman and CEO of the company. P97 Networks has a growing list of clients owing to the unique consumer experiences it creates for its clients.

Pulmotect is a leading Houston based startup in the biotech sector co-founded by Brenton Scott, Burton Dickey, and Magnus Hook. The company develops products that can help in reducing the morbidity and mortality rate of patients who have a risk of developing severe respiratory illnesses.? Its groundbreaking technology that strengthens the human body’s natural defenses against said category of diseases has brought laurels to the company in the form of awards and investments in through grants and private equity. Pulmotect was founded in 2007 and has completed two funding so far collecting total investments worth $13.8 million in all. ?The latest round of funding was Series B which closed at $12 million and was led by a Fannin Partners affiliate.

Sean Hunt and Gaurab Chakrabarti founded Solugen two years back, and the company is already one of the top Houston startups to watch out for in 2019 owing to its groundbreaking findings that have enabled the creation of hydrogen peroxide from plant-derivative substitutes. This venture-backed top startup in Houston has gathered $23.3 million so far for its innovative contribution to the biotech sector of the city’s startup ecosystem.? The company boasts of the best of talent from MIT who have developed this technology making the startup one of the top startups in Houston that can give other emerging tech startups a run for their money.

Infrastructure Networks is a top Houston-based startup in the telecommunication tech sector that has raised $18.2 million. The company came into existence in 2011 and offers high tech connectivity solutions that increase efficiency in remote communications and customer connectivity. The company has become one of the top Houston startups to watch out for in 2019 as the company?s wireless-infrastructure as a service (W-Iaas)? is one of a kind in the city?s startup ecosystem.? This top startup in Houston was founded by Stanley R. Hughey and has completed 6 funding rounds completed till date. Infrastructure Networks? solutions are trusted by some big names like Eagle Ford, Bakken, and Delaware Basin among the others.

This top startup from Houston is yet another health tech startup that is taking the city?s startup ecosystem by a storm with its revolutionary IT system. Decisio health was founded by Bryan Hardt in 2013 and has completed 3 funding rounds so far. This Boston-based startup is completed its Series B round of funding in May 2018 raising $4.5 million from three investors – UT Horizon Fund, Larry Lawson, and Declatex. With the completion of this round, Decisio Health?s total funding till date reaches $7 million. The company is one of the top Houston startups to watch out for in 2019. It offers IT solutions that can help minimize healthcare costs for patients while at the same time improve the customer experience.

MacroFab offers the best of data services to ensure a smooth transition of enterprises to a cloud-based system. This top startup from Houston can be described as a ramp that connects its customers’ data to cloud. It was founded in 2013 by Chris Church and Parker Dillman. MacroFab has a total investment of $5.8 million in its kitty from four funding rounds so far.? It most recent funding activity was at the beginning of 2018 in which it raised $3.1 million. The startup has truly recognized the need of the hour and has come up with a simple yet much-needed solution for an easier shift to cloud-based systems making it one of the top Houston startups to watch out for in 2019.

2018 saw biotech, health tech and data science Houston-based startups take the lead in terms of the funding. Some of them have created better visibility for their products and services owing to their funding activities? this year making. It has also made these companies one of the top Houston startups to watch out for in 2019.

Share38Tweet24Share7Send
No Result
View All Result