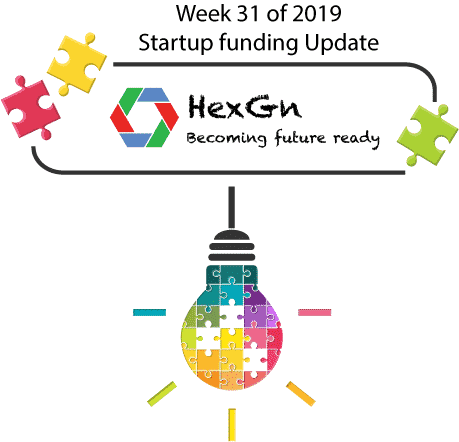 by HexGn
in Startup Funding Update
Reading Time: 3 mins read
Share on FacebookShare on TwitterShare on LinkedinShare on Whatsapp

The amount invested in 193 of these deals were disclosed, which amounted to $4.5 billion. The total disclosed amount has fallen by 41.56% in comparison to last week, according to the research at HexGn. The total number of deals came down by 19% this week as compared to the previous funding week. Startups from 35 countries participated in various funding rounds in Week 31.

Leading Industries in Week 31 of Funding

In terms of the number of deals, the top industries that stood out were software & SaaS, health & medtech, and fintech accounting for 43% of the disclosed deals in Week 31. Fintech startups had the highest number of deals this week; the industry took home 44 deals.

The top-performing industries to raise some of the highest amounts of funding in Week 31 are fintech, health & medtech, and real estate. These industries accounted for $56.6% of the total investment raised with health and medtech raising $978 million, making it the highest amount raised by any industry this week. As per the research by HexGn, the average investment raised this week stands at $17.9 million.

The US, UK, and China are the leading countries with notable investment rounds. Let us look at how each of them fared in comparison to Week 30.

Startups in the Spotlight

London-based health and medtech startup Babylon Health raised the highest amount of funding in Week 31. The startup uses AI to help its users get efficient access to healthcare through its app. The unicorn startup $550 million in its Series C round in Week 31, which was led by Saudi Arabia’s Public Investment Fund.

The next highest funding for the week was real estate listing app startup Compass. It is also a unicorn company and raised $370 million through its Series G round. Wish, a digital shopping app startup based in California secured $300 million in a Series H round. The investor for the round was growth equity company General Atlantic. Let us look at some of the other startups that are among the top-funded startups in Week 31.

That is all from the team here at HexGn for Week 31 of funding for 2019 in which startups from 35 countries raised key investments for their exciting entrepreneurial journeys. Keep watching this space for the updates of next week of funding for startups from around the world.

Share3Tweet2ShareSend
No Result
View All Result