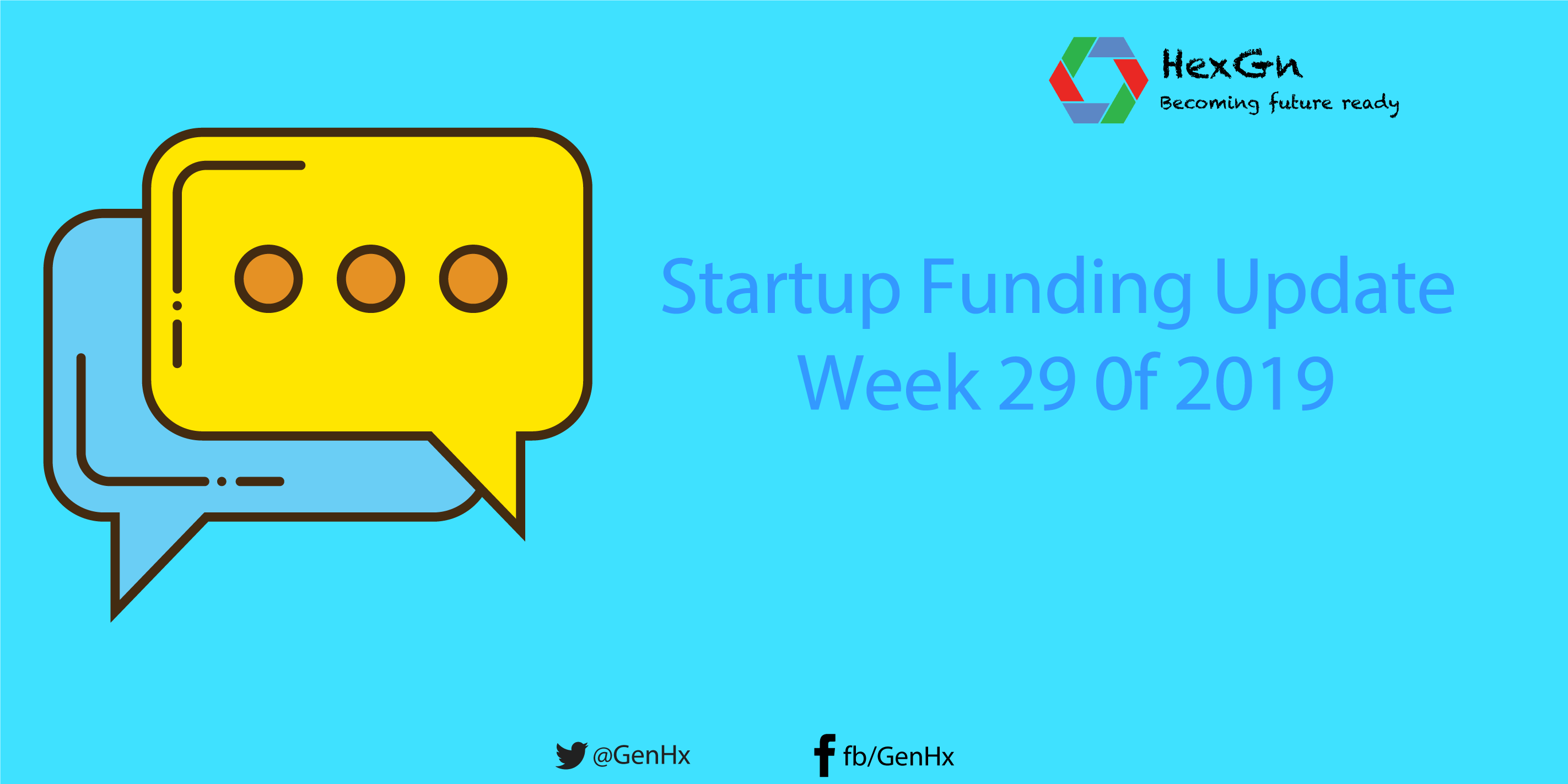 by HexGn
in Startup Funding Update
Reading Time: 3 mins read
Share on FacebookShare on TwitterShare on LinkedinShare on Whatsapp

Week 29 for startup funding funding concluded on 21st July 2019 , and here are all the highlights of it – the top industries, countries, and the startups.

In terms of the number of deals, the top industries that stood out were software & SaaS, health & medtech, and fintech accounting for 40% of the disclosed deals in Week 29. Health and medtech and software and SaaS both bagged equal number of deals with 47 deals each this week.

The top-performing industries to raise some of the highest amounts of funding in Week 29 are fintech, health and medtech, and transportation & logistics. These industries accounted for 57% of the total investment raised with fintech startups raising the highest funding at $1704 million. As per the research by HexGn, the average investment raised in week 29 amounts to $22.7 million.

Health and medtech startup Radiology Partners raised $700 million in Week 29 becoming the top funded startup for the week. The innovative radiology service provider is headquartered in Greater Los Angeles Area and provides its services to over 1000 hospitals.

The second highest funded startup for the week is Octal which raised $625 million. It is a company providing clear rigid packaging provider based in Muscat which ensures that its products are sustainable.

The next startup to have raised significant funds in Week 29 is transportation startup Flix Mobility. The German startup offers long-distance bus and train services as an affordable alternative to government transportation services. Let us look at some of the other startups shining this week with high funding amounts.

That is all from the team here at HexGn for Week 29 of startup funding for 2019 in which startups from 38 countries raised key investments for their exciting entrepreneurial journeys. Keep watching this space for the updates of next week of funding for startups from around the world.