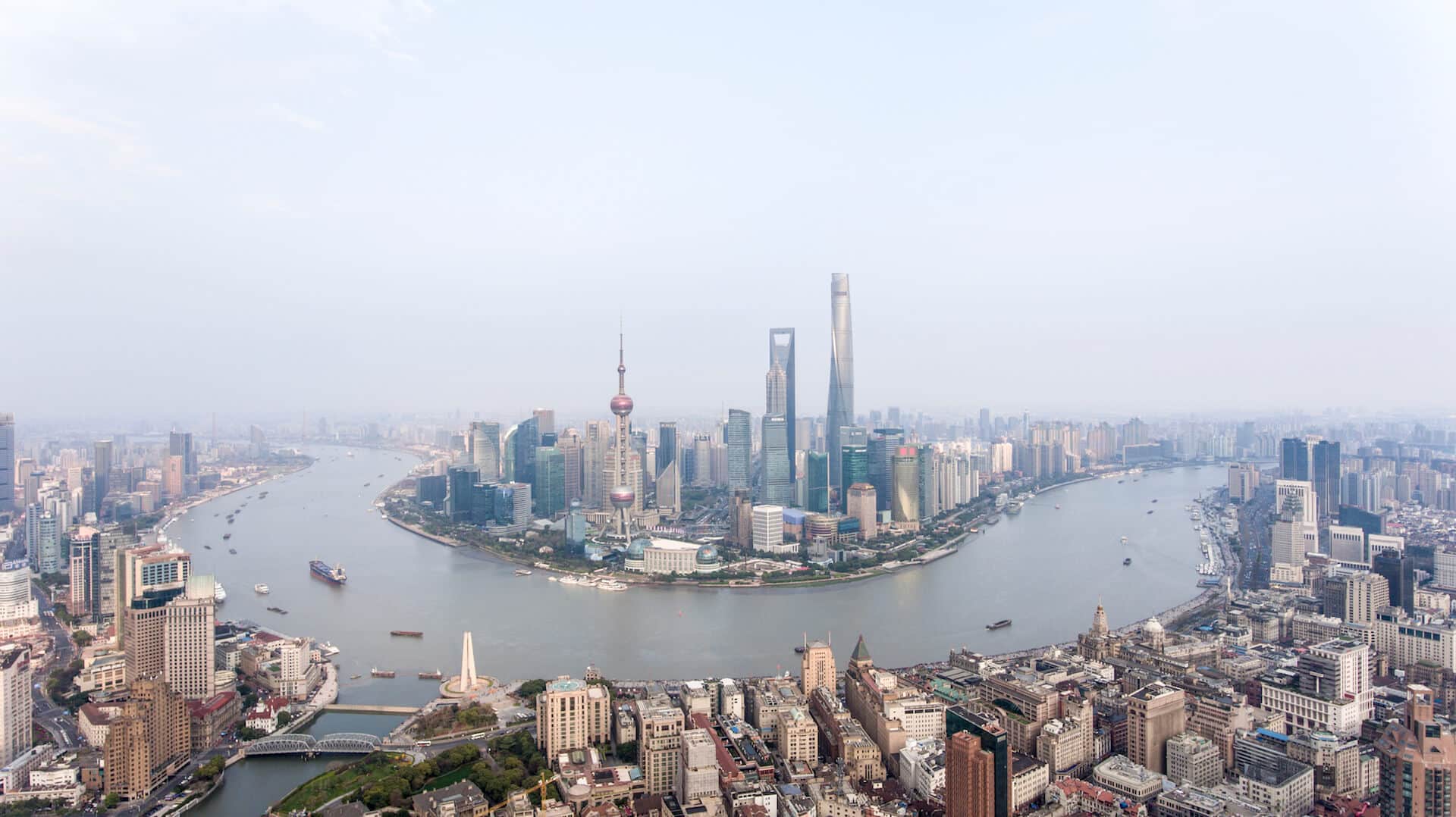 by HexGn
in Top Startup Cities
Reading Time: 6 mins read
170
SHARES
Share on FacebookShare on TwitterShare on LinkedinShare on Whatsapp

Moving to Shanghai can be beneficial at many levels for startups and startup job seekers wanting to set base in China. Chinese startups’ unparalleled growth resulting from the innovation-driven development strategy that includes exciting tax benefits for foreign investors have put the country on the startup map and highlighted it. Here is a quick guide about the startup ecosystem in Shanghai and what makes it a hotbed of entrepreneurs.

The right blend of the East and West, Shanghai is a famous tourist city of China. With a population of over 23 million and a fair share of expats within the city, moving to Shanghai can offer modern living and working spaces that are at par with New York or Paris.

Shanghai is emerging as a crucial international economic, financial, and trade center. Its main industries include agriculture, manufacturing, storage, tourism, and transportation. An increase in the number of startups in this city is evident from its magnanimous share of 32% in the international customer base as compared to other Chinese ecosystems like Beijing whose share is less than 10%.

How did Shanghai become the Startup Magnet in China?

Shanghai’s reputation as the most cosmopolitan city in China has made it a very active place for business resources. The city has more than 1000 startups, and the better global connectedness it has as compared to other startup hubs is what gives Shanghai the edge over other Chinese startup ecosystems. Moving to Shanghai is an excellent step for entrepreneurs whose aim is to scale a more global market.? Let us look at some of the city’s features that makes it such an ideal place for startups.

One of the critical challenges faced by international entrepreneurs and startup job seekers moving to China is the language barrier. However, moving to Shanghai, a city that serves as an ideal base for startups and startup job seekers can be the most practical decision to overcome the language barrier to enter the Chinese markets. Shanghai tops the list of Chinese cities when it comes to the concentration of English speaking residents.

The government of Shanghai recognizes the city?s growing status as a startup hub and has rolled out a special visa to encourage foreign entrepreneurship to come and work here. A special entrepreneur visa application is available for startups and entrepreneurs who want to move to Shanghai for setting up a business venture. The initial validity of the visa is for a year and can be extended for a longer period if the startup is established and is on its way to growth.

Startups moving to Shanghai can have access to a number of funding sources, especially in the technology-based sector.? China’s growth as an internationally important venture capital magnet has been unfathomable.

Tech startups in Shanghai attract most of the international funding and these startups moving here have more benefits than any other sector.

There are more than 5000 angel investors in the city and a venture capital network that includes top players like Sequoia Capital, IDG Capital Partners, and GSR Venture. Associations like China Venture Capital and Private Equity Association are a helpful resource for connecting startups and investors.

Last year, the Shanghai government announced special funds for encouraging tech startup opportunities in the city. State owned investing parties like Shanghai International Trust, Shanghai International Group, Shanghai Zhangjiang Hi-Tech Development, and the Shanghai Guosheng Group have helped in creating an impressive funding amount for this initiative. The funding measure is expected to raise $4.6 billion and is targeted at startups in Shanghai that are based in information technology, advanced manufacturing, new energy, and biomedicine sectors.

Another funding program worth $2.6 billion for startups across strategic sectors was also set up in 2017 by the State Development & Investment Corporation, Ministry of Finance, and the National Development and Reform Commission.

High Impact Incubators and Accelerators for Startups in Shanghai

China has transitioned itself from just being a manufacturing hub to a tech giant as well.? The role of incubators and accelerators in bringing about this transition has been pivotal as these have helped in developing tech startups that are at par with their international counterparts.

Shanghai share of incubators and accelerator organizations are continuously helping by delivering the right resources for the startups under its wings. Startups moving to Shanghai can rely on brands like? Startup Leadership, Chinaccelerator, Shanghai Valley, Founders Space, and InnoSpring for guidance and support through their various programs.

Shanghai Has an Impressive Number of Unicorn Companies

Shanghai’s growing prowess as a startup hub is evident from the surge in local investments and an increasing number of international entrepreneurs moving to the city. Another important indicator of the city’s startup quality is the rising number of unicorn companies. China has a massive 14% share in the total number of unicorns in the world. Shanghai currently has a count of 21 unicorns of the country some which are internationally acclaimed.

The startup ecosystem of any city needs a strong network of ecosystem partners who offer various services to help the entrepreneurial community grow. Some such prominent partners in Shanghai are:

Shanghai’s international orientation, digital infrastructure, and minimal language barrier have helped both local and international startups to thrive. The strong financial and creative services in the country have given rise to a favorable economy for sub-sectors like fintech and gaming to grow. Let us look into both these sub-sector strengths in detail.

The Soaring Gaming Sector in Shanghai

China is the gaming capital in the world with a large market of gamers of over 600 million. The prominent video game categories and their share in the market are as follows:

Success stories of gaming startups in Shanghai are plenty, and gaming giants in the region include names like Giant Interactive, Zhuohua Entertainment, and Shanda Interactive Games. Zhuohua Entertainment is an innovative gaming startup that renders real-time results to understand the connection between video games and motion capture animation to make gaming a more interactive experience.

Moving to Shanghai is a lucrative option for gaming startups especially as the city is the gaming capital of China. Shanghai’s gaming sub-sector made a revenue of $7.3 billion in 2017 and 5.4% of the total local venture capital investments in the same year were made for the development of gaming startups.

Fintech steals the show among tech-based niches by being the largest sub-sector in Shanghai in the area of funding. Fintech startups in Shanghai were responsible for creating 26.5% of the total local venture capital investments in the years from 2012 to 2017.? A notable success story is of Lujiazui (Lufax) that offers personal loan services at a peer-to-peer level. The company plans to go the IPO way soon this year and is expected to rake up $2 billion in funding as well.

The city also got featured in KPMG?s 2016 China Leading Fintech 50 and has fintech startups that are creating a ripple in the fintech industry worldwide. ThongAn, an insurance startup put forward initial public offering last year when it was valued at $11 billion. Another startup worth mentioning is OneConnect Financial Technology, offering fintech solutions in the banking sector, which raised $650 million in initial rounds of funding.

Shanghai’s growing tech prowess paired with its modern business climate has created startup giants that have scaled international markets with ease. This can also be attributed to the emerging network of incubators, accelerators, and co-working office spaces. The municipal government in Shanghai too is trying to create policies that are beneficial for the startups, startup job seekers, and investors from across the globe. A range of subsidy programs is in the making that includes elements of risk compensation for venture capital investors participating in initial funding stages. The proposed risk compensation policy will be aimed at covering as much as 60% of losses incurred by the investors under the eligible circumstances.

Share68Tweet43Share12Send
No Result
View All Result