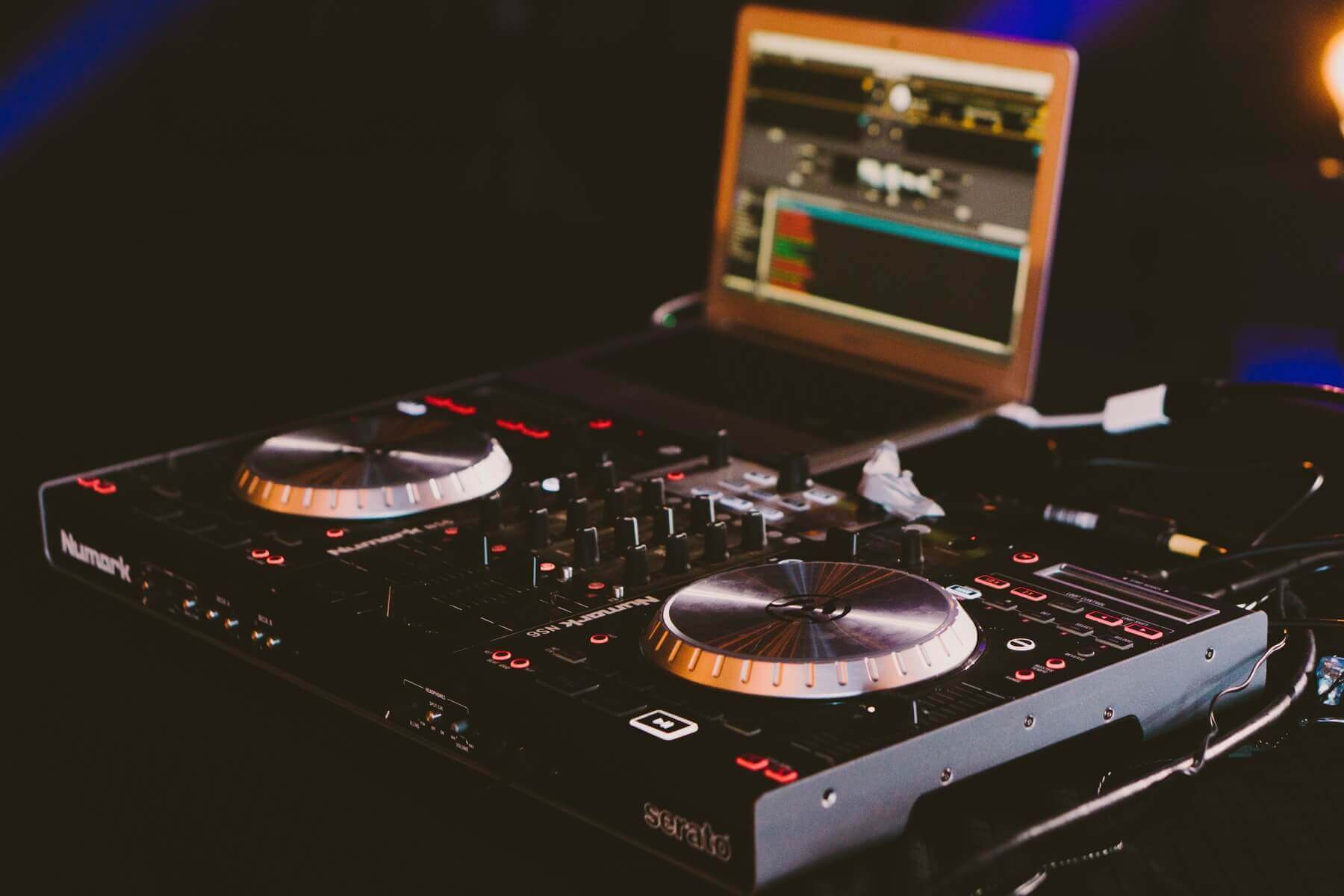 by HexGn
in Ecommerce
Reading Time: 7 mins read
235
SHARES
Share on FacebookShare on TwitterShare on LinkedinShare on Whatsapp

The increasing rate of internet penetration and access to gadgets especially smartphones have been the catalysts that the media and entertainment e-commerce segment needed.

A newly released report by HexGn studied the funding pattern in the media and entertainment e-commerce sub-sector from 2014 to 2018. The report found that there has been a drop in the number of deals and the investment amount since 2015 (also the year which recorded the highest number of transactions in the mentioned period) to 2017. However, the funding amounts in the segment picked up in 2018 and marked the maximum investment amount received in the years 2014 through 2018.? The report notes that 2018 recorded investments of more than $2 billion while the number of deals was less than 25.

Let us look at some of the top media and entertainment startups that have made notable progress in the e-commerce sector in recent years.

Pluto TV is an online TV streaming platform in America that offers content from more than 100 linear channels with movies and shows on demand. It was co-founded by Tom Ryan and Ilya Pozin in 2013 and is among the first few streaming services to be launched in the US. Pluto TV was acquired earlier this month by media conglomerate Viacom for a whopping $340 million. The free TV streaming service brand is headquartered in Los Angeles, and its services can be accessed on all kinds of devices with an internet connection. The platform boasts of a footfall of over 1 million users on a monthly basis.

Top 5 Software Tools for Entrepreneurs and Startups in 2020

Convergence of the Apparel and E-commerce Sectors

New York based Gimlet Media is a fast-growing narrative podcasting company.? The company has won several awards for its work and offers its services in close to 190 countries. Based in Brooklyn, Gimlet Media was established in 2014 by co-founders Alex Blumberg and Matthew Lieber. The company boasts of over 12 million downloads in a month by its users and of producing only high-quality content for its audiences. Till date, total investments of more than $28.5 million have been picked up by the company. The largest round of Gimlet Media was the second closing of Series ?B round of funding in which it raised $15 million.

Know more about this top podcast company in New York

Video++ was set up in 2014 by William Joy and is headquartered in Shanghai. It is a leading video sharing platform in China whose services are available to users outside the country as well. Video++ reports a unique viewership of 420 million each month. The venture-backed startup has found support from the likes of Yungfeng Capital, Alibaba Group, and Face++. So far, it has received total funding of $165.5 million and is among the top startups in the media and entertainment e-commerce segment in China. It introduced the groundbreaking object tracking and content recognition technology in videos on the platform and has paved the way for effective advertising with the help of automated ads based on the viewers? preference.

NetEase Cloud Music is a trailblazing music streaming platform based in Beijing. The startup is among the several startups in the region to cross the billion-dollar mark whose services have been quite popular in the Chinese market.? William Lei Ding founded NetEase Cloud Music in 2013. Backed by prominent investors like Baidu, General Atlantic, and Boyu Capital, the online music streaming company has raised $708.8 million till date. This amount has been raised from two rounds so far with the last round being the more prominent one.

California based startup Flipboard is an innovative online magazine that was co-founded by Evan Doll and Mike McCue in 2010. The social magazine app is compatible with most operating systems for smartphones and can be accessed via laptops also. Since its inception, the company has grown to gather ? $210.5 million in funding and acquired three other media and entertainment companies, namely, Zite, Ultrvisual, and Ellerdale.? The readers are presented with carefully curated content through flipboard format magazines. Flipboard takes special care in ensuring that the content is not just informative but engaging as well.

The growing role of social media in catalyzing the marketing efforts of various industries and especially the e-commerce segment is notable. The adoption of e-commerce solutions to reach newer audiences and for facilitating marketing to a disparate target audience using the same platforms is not uncommon. Media and entertainment is a soaring sub-sector in the e-commerce industry, that has grown at multiple levels with the help of new digital media technology and increased use of smartphones.

According to research from HexGn, the top countries whose media and entertainment startups in the e-commerce sector have received the highest investments are the US, China, and India. Majority of the investments have been directed to the startups in the e-tail and online marketplace category.

The USA is among the top countries whose e-commerce market has set a new benchmark. Media and entertainment is a crucial part of this economy. The increasing popularity of platforms like Netflix and with the array of data plans available for phones, there has been a meteoric rise in the number of startups in media and entertainment sub-sector. According to a report by PricewaterhouseCoopers, the media and entertainment industry will be valued $792.3 billion by 2022.? Some of the areas that will see rapid development in the American regional markets in the coming years include OTT video, VR, and online advertising.

The Chinese media and entertainment industry has realized the power of e-commerce in the sector and is seeing several new companies joining the force. The online entertainment sector in China is mainly characterized by gaming companies especially those in the e-sports category. Apart from online games, online live streaming and video platforms are the next most significant segment in terms of the customer base. The spending in these areas is forecasted to grow to $116 billion by 2020. The main reason for the growth of the online media and entertainment industry in China is the country?s growing middle-class economy. The growth in the number of families in the middle-income group indicated better spending capacities characterized by an increase in personal disposable income.

Key Trends for 2020 in the Media and Entertainment Sub-sector

A larger budget for creating content of high quality and one that can capture a more significant market can be expected. With the surge in the number of online media and entertainment companies, it has become imperative for these platforms to churn out content that is exclusive and offers the best value for money.

With the growth in the number of online audio streaming platforms, a drastic decline in digital music downloads will become inevitable. The new platforms will also help in curbing any acts of piracy that may be involved in accessing audio content.

Newer and easier plans to use online entertainment platforms will be rolled out in association with telecom partners aiming to help consumers shift to a 5G network.

The online media and entertainment industry has leveraged the constant need to be on the go for people around the world and has presented them with opportunities to enjoy the best of entertainment options on their smartphones and gadgets. A positive growth in funding can further boost this high-impact industry in the e-commerce sector.

Are you an entrepreneur looking to launch your startup or want to know more about entrepreneurship before taking the plunge?

HexGn offers startup ready program for people who want to understand the nuances of a global startup, how to find a great idea, build a prototype, and raise funding eventually. Learn a systematic, validated and iterative process for spotting, evaluating and testing entrepreneurial opportunities.

At a very affordable price, two members from a startup can join the six months online program and we do not take any equity in the participating entities. These are not pre-recorded lessons, you will be attending live online sessions with our facilitators. a strong testimony to our track record is that fact that, our clients and past graduates have won numerous awards and have raised more than $100 million in funding.

Share94Tweet59Share16Send
No Result
View All Result