Software and SaaS  tools have become the backbone of every industry that has sought to revolutionize or transform itself with the help of technology. Software is the very tool that has helped several industries digitize itself. This industry covers every startup that has introduced novelty in work and life through software and SaaS.  This particular segment raised $64 billion globally in the last two years, according to HexGn Software & SaaS Startup funding report for 2019.

In 2019, the investment pattern for the industry showed a 14% jump in investments with the total funding for the year growing to $34 billion from $30 billion in 2020. Here too, much like all other industries, North American startups bagged the highest number of deals in 2019. If we were to point towards regions that outdid themselves in terms of funding performance in comparison to 2018,  Europe and South America would be two regions that impressed with double-fold and four-fold growth in investment amounts. Barring Africa, software & SaaS was a common name among the top funded industries in all other regions, according to HexGn Software & SaaS Startup funding report for 2019.

According to HexGn Software & SaaS Startup funding report for 2019, a majority of the top deals in the industry were from the USA. Among the top funded companies, there was only company in the last two years that raised more than a billion dollars in a single round. This was Infor, an enterprise software company which picked up $1.5 billion in private equity in 2019. This startup falls under the Packaged SaaS subsegment, which along with along with the sub-segment of Data & Analytics and Collaborative SaaS are the top-funded sectors within the global software and SaaS industry.

According to HexGn Software & SaaS Startup funding report for 2019, close to $22 billion was invested into the American software & SaaS segment, making it the top county with the highest investments. Other countries that find themselves in the top five include China, the UK, Israel, and Canada.  The software and SaaS segment is poised for a further growth as the world sees a radical change in how people work and live in the wake of the pandemic. Software and SaaS innovations that enable smooth remote working are already hitting headlines.

Money flowing in the private equity funding stage doubled in 2019. The only stage where investments dropped considerably were the ICO and crowdfunding rounds for software and SaaS startups, which saw a 90% decline from 2018 numbers.

According to HexGn Software & SaaS Startup funding report for 2019, while software & SaaS is an industry of its own, the same has created a niche for itself in various other industries like proptech, health and medtech, fintech, e-commerce, and transportation & logistics, catering to software and SaaS gaps within these industries.

Last year, the total funding for the industry by startups in the US was $7.17 billion, a tad bit lower than the $8 billion in 2018. The USA has been a trailblazing nation when it comes to introducing novel technologies through its social media, gaming & entertainment startups. The country that gave us Netflix and Facebook did not stop at just that and has been continually stunning the world with a myriad of interesting products and services.

Interestingly, the top four deals at the global level do not feature any American startups. The highest-funded startup in a single deal from the USA is Unity Technologies, a real-time 3D development platform which got $525 million in funding. This was followed by digital marketing brand CM Group which completed  a $410 million funding round and popular social media discussion platform Reddit, that raised $300 million. The same amount was also raised by publishing platform Automattic in a Series D round.

Funding stage-wise, the investments coming through all stages barring seed stage rounds recorded a negative growth last year. Seed stage rounds had barely any changes with a 2% growth as the amount remained stable over the last two years.

China’s slipped one rank down in 2019 as its total investments in the social media, gaming and entertainment segment halved at $6.5 billion. The world has seen a boost in the number of content and entertainment platforms that have come out of China and won at the game of world-domination. A company worth mentioning here is ByteDance whose entertainment app spread like wildfire and garnered a whole lot of attention globally. The Chinese market’s focus on self-reliance has also led to a large number of social media platforms being introduced time and again to reduce the absence of the popular global ones like Facbook or Twitter.

Short video platform Kuaishou Technologies raised $3 billion last year and closed the highest deal for 2019. This was followed by the ever-popular ByteDance which got $1.3 billion in investments in debt financing. Other notable startup rounds from the country were those of music streaming platform NetEase and Q&A platform Zhihu.

The quaint country of Tanzania in East Africa closed only one deal but raised enough investments to overtake the UK and India. It went from zero investments in 2018 in the social media, gaming & entertainment sector to a billion dollar deal last year. The deal that helped it land a place in the top five countries was of Tanzania Tech, a tech news publishing startups, that is helping the Tanzanians up their game when it comes to knowledge about the tech industry. It does so by publishing in the local language to help the information reach more people.

This has been the only funding deal in the last two years for Tanzania in the social media, gaming and entertainment segment.

Social media, entertainment, and gaming startups in the UK raised  $648 million in 2019. This has been a saddening decline from the three billion dollars plus investments it got in the previous year. The Brexit has been a factor that has affected the funding activities in the UK in the past year and should not be ignored when we talk about the reduced funding activities in 2019.

The highest amount raised in a single round by social media, gaming and entertainment startups for 2019 was $60 million in the UK. Innovative music platform MelodyVR and alumni networking platform Graduway each raised this amount through venture rounds last year. Other funding rounds in the UK social media, gaming & gaming startup segment that were among the top five deals were those of Minute Media, Croud, and Puttshack.

Investments made at early stage venture stages and through private equity grew with the funding raised through the latter growing 1.5 times, in comparison to the 2018 figures. The ICO & crowdfunding investments showed a 100% decline in 2019, with a mere $11 million in funding.

The Indian tech-led entertainment and gaming segment has been getting a lot of attention recently. With large home-grown companies noticing the various app-based platforms and moving ahead with acquiring them has given a much-needed impetus to the industry. However, the overall investments raised by social media, gaming & entertainment startups in India fell by 28% in 2019. The total funding raised last year capped at $416 million.

There were two hundred million dollar rounds last year, which became the top deals for the year. One of them was by ShareChat, a growing social networking content platform while the other round was of VMate, a short video creation platform.  Some other startups from the Indian social media, gaming and entertainment sub-segment that are worth mentioning are e-sports platform Mobile Premier League, gaming platform Paytm First Games, and music streaming platform Saavn.

A look at the funding stages and size shows us that investments through early stage and seed stage deals grew by over 70%.  2019 also saw private equity stage rounds which were absent in the previous year. 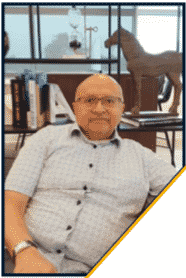 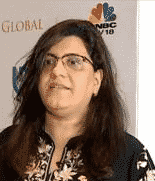 Be ready for future

Do You Want To be Future Proof ?